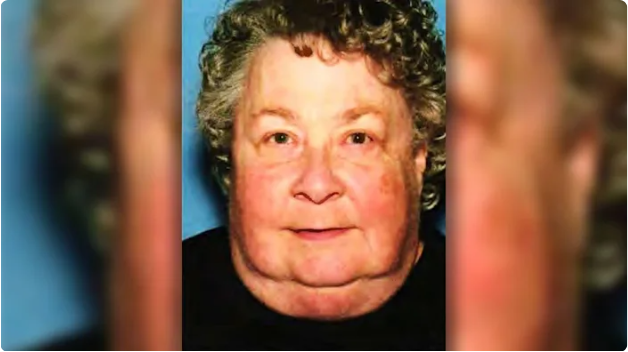 In 2017, Thi Pham, a 33-year-old Vietnamese woman, moved to Shoreline, Washington, to live with her husband, William Healy. To hear the couple tell it, virtually from the moment Pham arrived, she was under verbal attack from a racist next-door neighbor

According to Healy and Pham, Myers, 72, began unleashing slurs, calling her “Miss Vietnam” and “Miss Saigon” and alleging that she was a mail-order bride.

Myers, meanwhile, said she really only had a problem with Pham and Healy’s cat—which she said kept shitting on her lawn—and that the family was secretly taking pictures and videos of her. At least one video, shared with The Daily Beast, captured Myers walking around naked from the waist down on her front porch in view of Pham’s 2-year-old son.

This April, the years-long saga finally bubbled to the surface after Pham called police alleging Myers threatened her while she was gardening in her front yard, according to a King County Sheriff’s Office police report obtained by The Daily Beast. Despite steadfast denials that she made racist comments or issued threats, Myers was arrested and charged with a felony hate crime.

As part of the charge, she was ordered to stay away from Pham and her family and refrain from harassing her, according to the King County Sheriff’s Office. But now the couple have filed a lawsuit alleging she violated that order, and their attorney, Jeffrey Campiche, told The Daily Beast that Myers has continued to “harass” and “stalk” the family since her arrest.

In other words, the family says, the cops getting involved wasn’t enough to stop a racist campaign of fear.

The saga first became a criminal matter on April 5, according to the police report and videos Pham took with her phone, when Myers sat in her car and leered at Pham, moving the car back and forth on the road. At one point, Myers is seen rolling down her window and yelling, “Come on out you slant eye.” She then tells Pham, “I called the cops on you, you little slant eye.” Myers later returns to her own driveway, before eeking back onto the road again. She rolls down the window and yells, “You’re not gonna live very long,” before driving away.

Myers did not respond to a request for comment for this story. When reached for comment, James Johanson, an attorney representing Myers in her criminal case, said she has been following all court orders and has left Pham and her family alone, despite the recent allegations.

“If that were true,” he said of the latest claims, “my client would be arrested and charged with numerous violations of a no-contact order or an anti-harassment order—which hasn’t happened.”

Johanson also pushed back on the suggestion that Myers has any particular animus against Asians or minorities. He said that other neighbors have complained about her conduct in the past, and they were white.

“They also were treated poorly, allegedly, by my client,” he said. “She appears to not favor anybody.

“She probably has some issues with everybody, not just minorities.”

According to the police report from the initial April incident, Myers said she told Pham to move out the way because she didn’t want her to get hurt while she was pulling into her driveway. “She doesn’t even speak English so she probably doesn’t know what I said,” Myers told police, according to the report. She then alleged that Healy had “just bought” Pham “like a month ago.”

“He just went over to Vietnam and bought her,” she said, according to the report.

Police weren’t convinced, booking Myers and charging her with the hate crime.

Nonetheless, the King County Sheriff’s Office confirmed to The Daily Beast that on May 23, Myers appeared to violate the order barring her from contact with her neighbors. Tim Meyer, spokesman for the King’s County Sheriff’s Office, told The Daily Beast that deputies were called to a local park by Healy, alleging Myers followed him and his son there.

In the lawsuit Healy and Pham filed against Myers this week, they allege Myers “stalked” Healy and his son, drove within 30 feet of them, parked, and watched them—violating her court order to stay away from the family.

Campiche went so far as to blame local authorities, including the King County Sheriff’s Office and the King County Prosecuting Attorney, for taking a laissez-faire attitude toward enforcing the court order in Myers and Pham’s case. “We feel that Ms. Myers is empowered to continue to harass Thi Pham, her child, and her husband,” he said at a Tuesday press conference.

Although the King County Sheriff’s Office did not initially recommend charges for the May 23 incident at the park, the spokesperson, Meyer, told The Daily Beast that the case was reviewed again in June and charges were recommended. He defended the Sheriff’s Office and said that all calls for service by Pham and her family have been responded to.

“If there are credible calls and credible allegations, we’re going to respond to those,” he said.

Casey McNerthney, a spokesperson for the King County Prosecuting Attorney, said the May 23 incident was referred to the Shoreline City Attorney’s Office first, because it was a misdemeanor and involved Pham’s family. He said that while an immediate protection order was issued for Pham after Myers’ criminal charge, a second order was requested by Pham’s family, and that order was enforced by Shoreline City.

McNerthney added that because the May 23 incident did not involve Pham, Myers was not in violation of the order his office enforces. (Meyer, the sheriff’s spokesman, disputed that the incident did not fall under the jurisdiction of the King County Prosecuting Attorney.)

“If there’s evidence that leads the Shoreline City Attorney’s office to file a charge for a violation of the separate no-contact order, of course our office would promptly bring that information to the attention of the judge in our felony case,” McNerthney said.

The Shoreline City Attorney’s Office did not immediately respond to a request for comment.

Meyer, the sheriff’s spokesman, did not comment on the merits of the May 23 incident, but he said that Myers’ conduct seems “consistent with someone who has behavioral health issues.”

He pushed back on criticism by Pham’s attorney about not taking the case seriously. “I think our deputies are also sort of seeing this thing holistically, while also being mindful of the victim’s perspective,” he said.

Before her arrest on April 5, police on scene reported that at least five neighbors had approached them to tell deputies that “something needed to be done about Myers.” 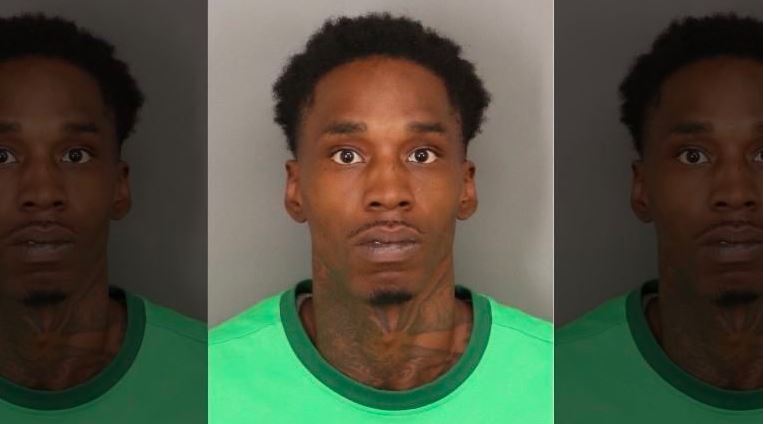 ONTARIO, Calif. – The Ontario Police Department has made an arrest and continues to search for a second suspect involved in a hate crime that happened at the Ontario Mills mall in San Bernardino County over the weekend.

Ontario PD said on April 4, which happened to be Easter Sunday, two men got into a verbal argument with an Asian couple allegedly over social distancing, though police said they do not know the exact words exchanged.

FOX 11’s Gigi Graciette reported 34-year-old Tuvorius Mencer was arrested and booked for a hate crime and felony assault of the couple. In addition, he also faces a charge of assault on a peace officer.

Police said the argument escalated into a physical altercation. An Asian woman was seen on a stretcher with injuries on cell phone video following the incident.

Louis Navarro was at the mall and recounted what he saw to FOX 11.

“The two gentlemen then walked past me as I heard them using several profanity and derogatory remarks. The remarks that were made obvious to me makes it seem more of a hate crime,” he said.

Navarro recorded the aftermath to provide video to police and captured the victim being wheeled out on a stretcher following the hate crime. He said the female victim had a baby with her at the time of the incident too.

“The mother had a two to three-year-old baby. It was just very alarming to me and I, myself own a security company and we deal with this on a regular basis, but it just caught me off guard,” he said.

One of the suspects is in custody, booked on a hate crime, and police are working to identify the other suspect. Police are not yet releasing their names or identities.