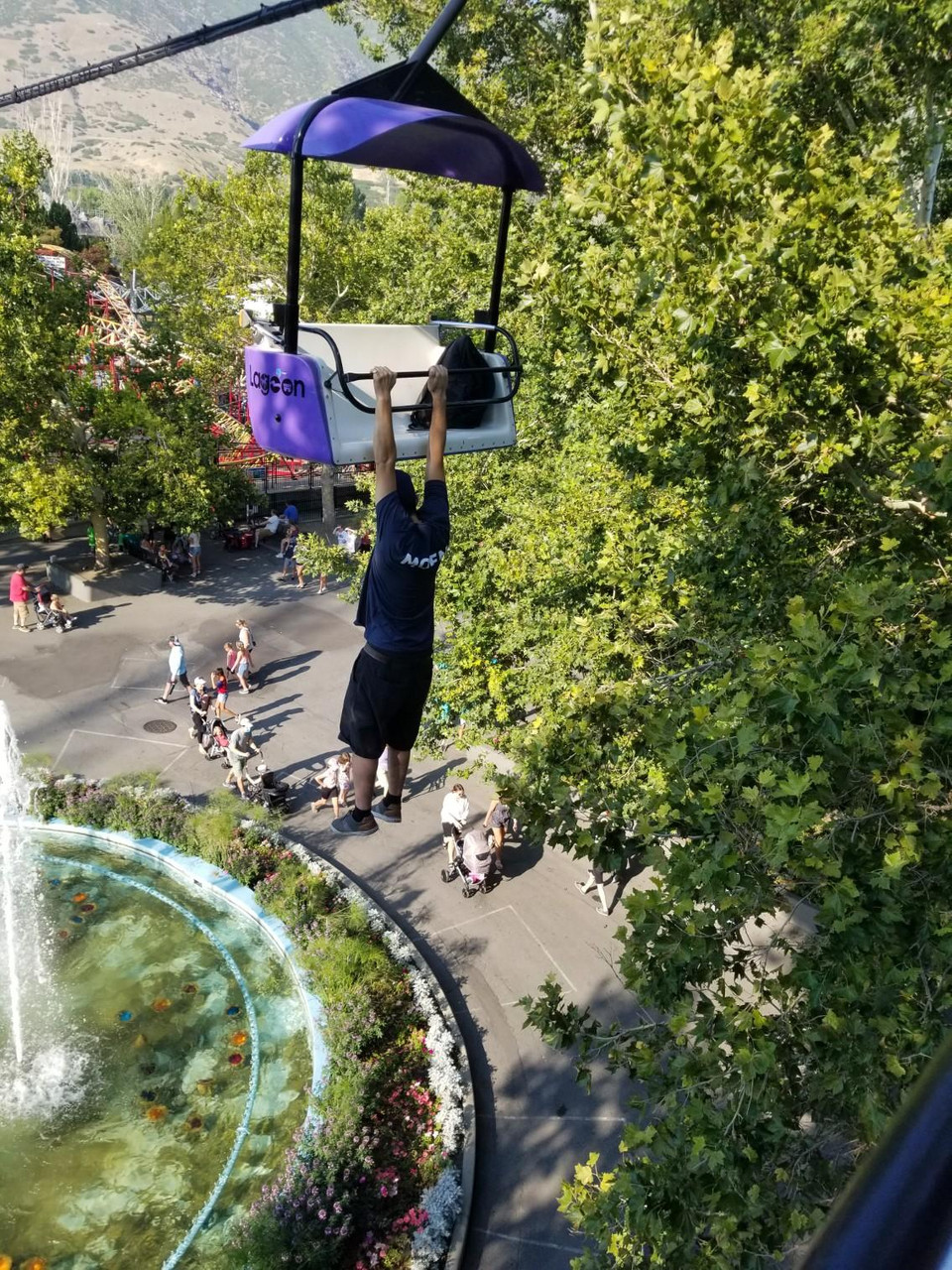 A man died Saturday after being captured on video dangling from a Utah amusement park sky ride before falling off.

The 32-year-old was hanging from the sight-seeing ride at Lagoon Amusement Park before he fell about 50 feet, Local News 8 reports.

A video captured by witness Lucy Grace Astilla shows the unidentified man holding a protective bar on the ride as his body hangs off. The clip was filmed around 6 p.m., moments before his 50-foot drop.

“I’m thinking, ‘This is just a professional gymnast or a stunt,’” Astilla reflected when speaking to Local News 8.

The man was flown to the the University of Utah Hospital in Salt Lake with critical injuries before the news of his death was confirmed.

He was reportedly visiting the park with other family members before taking on the sky ride alone.