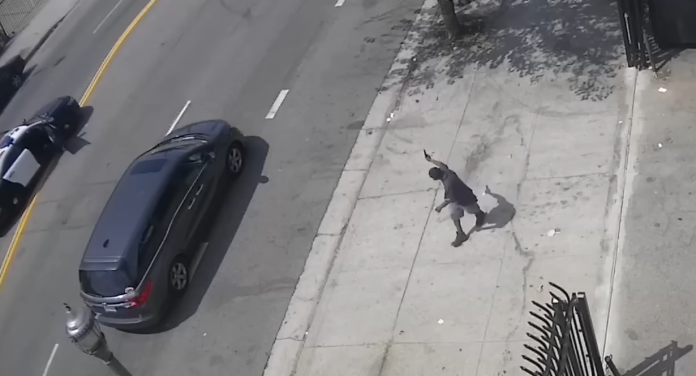 On July 27, 2022, at around 11:00 a.m., a Central Traffic Division officer was conducting a collision investigation on Broadway, south of Avenue 19, when he was approached by citizens who advised him that a man with a gun was down the street. The officer visually confirmed the information and broadcast a backup request for a “415 Man with a Gun” and provided a suspect description and location. Hollenbeck patrol officers responded and located the suspect walking north on Broadway passing Avenue 19. The officers made contact with the suspect and ordered him to drop the gun. The suspect turned and pointed an object at the officers, which appeared to be a handgun, resulting in an Officer-Involved Shooting.

The suspect was struck by gunfire. The Los Angeles Fire Department responded and transported the suspect to a local hospital where he was pronounced deceased. No officers were injured during the incident. The suspect was in possession of an object believed to be a handgun. Further inspection determined the object to be a pellet gun resembling a handgun. The suspect’s identity is unknown.

SHOCK VIDEO: Chicago attempted kidnapper offered mother cash for girl, 5, before trying to pull child away by her hair

“Doomsday Cult” dad Chad Daybell seeks to delay his trial and separate it from his wife Lori Vallow Daybell’s. The END_OF_DOCUMENT_TOKEN_TO_BE_REPLACED