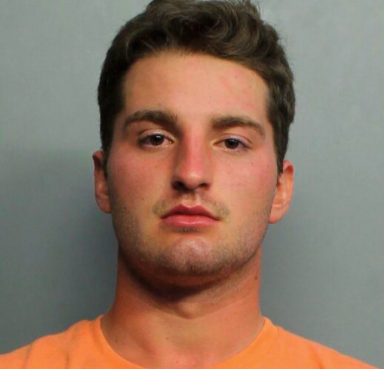 Maxwell Berry, 22, of Norwalk, Ohio, was arrested Saturday at Miami International Airport and charged with three counts of misdemeanor battery, according to a Miami-Dade police report.

Berry had two drinks while on the Frontier Airlines flight and ordered another drink, police said. Berry brushed an empty cup against the backside of a flight attendant, who then told him not to touch her, officials said.

At some point, Berry spilled a drink on his shirt, went to the bathroom and came out shirtless, the report said. A flight attendant helped him get ano ther shirt from his carry-on.

Frontier Airlines released a statement saying that they are working with law enforcement to prosecute the passenger. The flight attendants have been placed on paid leave pending an investigation.

WATCH: DeSantis BLASTS Biden after president tells him to ‘get out of the way’ on COVID