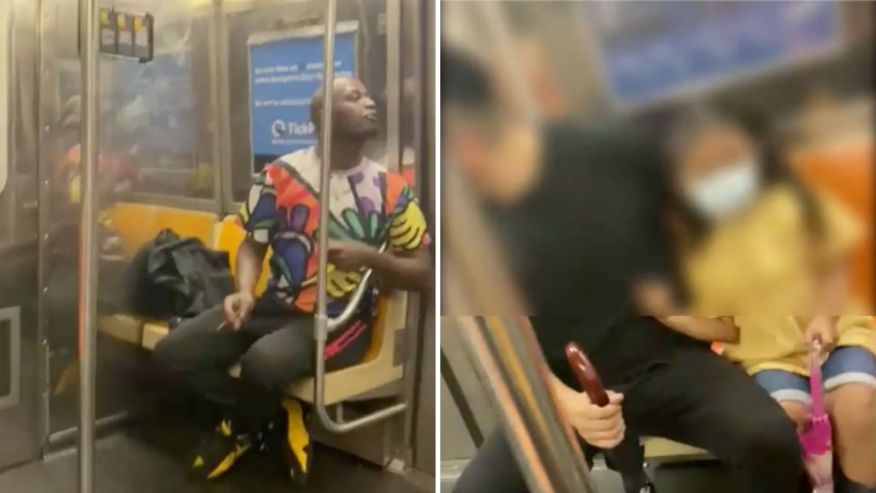 WATCH: Dad, daughter spit on, threatened on Bronx subway after asking man not to smoke

FORDHAM HEIGHTS, the Bronx — A father riding the subway with his 4-year-old daughter in the Bronx was threatened and spit on after asking a man not to smoke on the train earlier in September, according to the NYPD.

Police said it happened around 3:20 p.m. back on Sept. 5 as the dad and daughter were aboard a southbound D train.

An unidentified man sitting in the same car was smoking alleged marijuana while riding the train, authorities said.

The father, 35, asked the man not to smoke aboard the train, a which point the other man started yelling at the dad and little girl, according to police.

The man allegedly spit on them and even pulled out a knife and threatened them, officials said.

Video released by the NYPD shows the suspect appearing to yell at and harass the dad and his young daughter.

The victims got off the train at the Fordham Road station while the suspect stayed on the subway, according to police.

No physical injuries were reported.