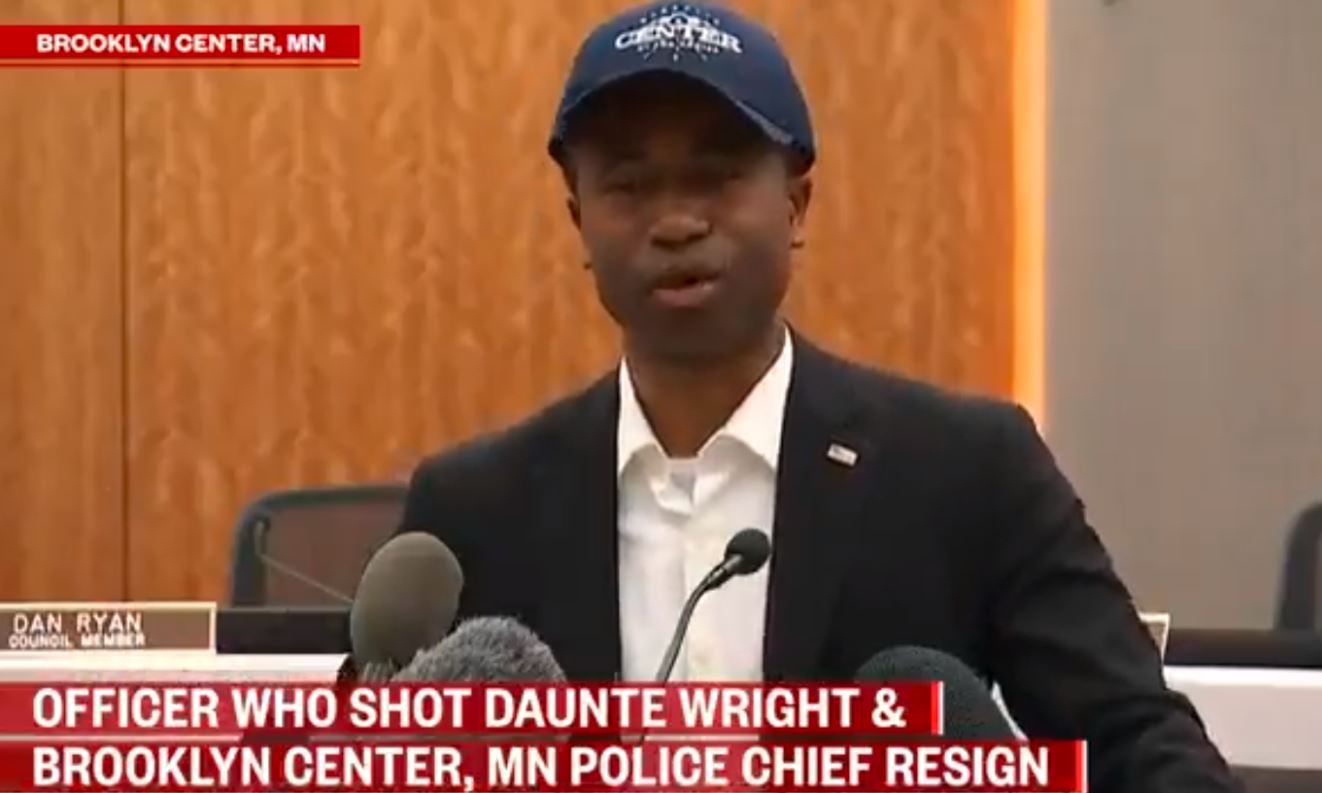 The mayor for Brooklyn Center has suggested that the police don’t need to be armed for traffic stops.

The mayor made this statement even though traffic stops are notoriously dangerous for police officers. The Supreme Court, for instance, ruled in 1997 that traffic stops were inherently dangerous.

“I don’t believe that officers need to necessarily have weapons every time they make a traffic stop, or engage in situations that don’t necessarily call for weapons,” said the mayor.

The statement from the mayor was made after Daunte Wright was shot during a traffic stop Sunday. Police went to arrest Wright after discovering he had an outstanding warrant for his arrest.

After struggling with officers and resisting arrest, body cam footage shows Potter pulling out her gun and yelling “taser, taser, taser,” before shooting him once with a real firearm.

As the Wright pulls away in the car, a female voice is heard saying “Oh shit, I just shot him.”

Former Brooklyn Center Police Chief Tim Gannon said in a press conference Monday that “it appeared to me in the video that the individual was trying to get back into his car to leave,” and that “it it my belief that the officer had the intention to deploy their taser, but instead shot Mr. Wright with a single bullet.” He added that it appeared to be an “accidental discharge.”