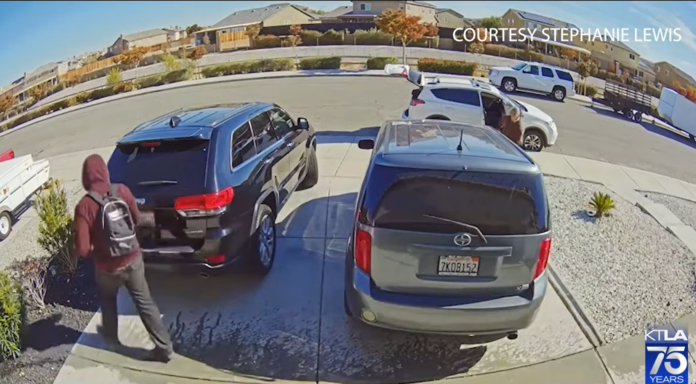 
VICTORVILLE, Calif. – On Thursday, November 17, 2022, at 12:14 p.m., deputies from the Victorville Police Department were dispatched to a residence in the 15000 block of Riverview Lane in Victorville. The caller reported an elderly man had been attacked while he was outside doing yard work. Deputies arrived and located the injured victim.

Through investigation, deputies learned the suspect, later identified as Justin Valencia, walked past the residence several times. For unknown reason and unprovoked, Valencia approached the victim, grabbed him, and began cutting him in the head and face. Valencia fled the location after the attack.

The victim was transported to a local hospital for treatment and remains in stable condition.

During an area check, deputies located Valencia in a dirt field, along with the weapon used in the attack. Valencia was arrested for attempted murder, an outstanding felony warrant for assault with a deadly weapon out of Riverside, and a parole hold. Valencia was booked in at the High Desert Detention Center where he remains in custody without bail.

Nearly three weeks after the Idaho student murders shocked the college town of Moscow, investigators have backtracked on some of END_OF_DOCUMENT_TOKEN_TO_BE_REPLACED