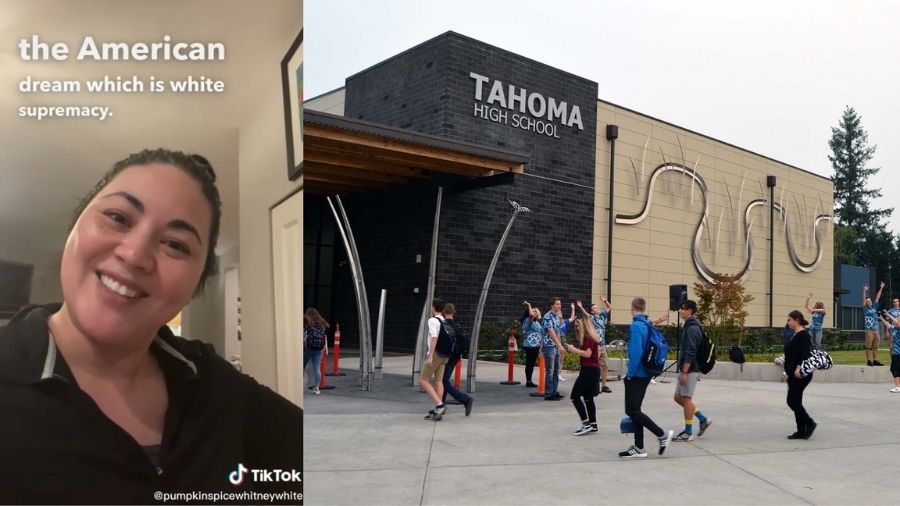 A local school district’s equity team leader is no longer in her role after parents discovered her racist and vulgar TikTok videos. But the school has known about her conduct for months.

On her social media channel, Alicia Busch routinely attacks and mocks white people. She labels them “amoral colonizers” and explains she wants to make them uncomfortable. Though she threatens people with physical violence in some videos, she also says, “there is no safe place for BIPOC to exist when whiteness is present.” She also claims that the “American dream is white supremacy.”

And as she and the district part ways, Busch still has the support of a Maple Valley school board candidate. She was the campaign manager up until this controversy earned too much traction.

Busch is an active “anti-racist” activist in King County. Among her volunteer work, she was a leader on the Tahoma School District’s Equity Support Team.

The group aims to make sure Tahoma Schools are “welcoming, supportive and safe for every student and every adult” in the district. But given Busch’s comments about white people on her TikTok account, she fell far short of expectations.

Busch is also trying to influence local schools on equity issues by managing the campaign for Maple Valley School Board Candidate Haley Pendergraft.

In a video statement, Pendergraft defends her campaign manager.

“I thought long and hard about the people who I wanted to work with in this campaign. And for me, Alicia represents a person who has different lived experiences than I do. I think they’re great value in that,” Pendergraft said.

Pendergraft says Busch’s views are “valuable” and brushes them aside as merely “talking about her experiences as a person of color in society.”

Perhaps what Pendergraft finds valuable are the attacks Busch leveled on her school board opponent.

In a statement to the Jason Rantz Show on KTTH, Pendergraft says that as of Oct. 9, two days after posting a defense of Busch, she’s now managing the campaign herself.

ALL PROCEEDS WILL BENEFIT THE NATIONAL CENTER FOR END_OF_DOCUMENT_TOKEN_TO_BE_REPLACED