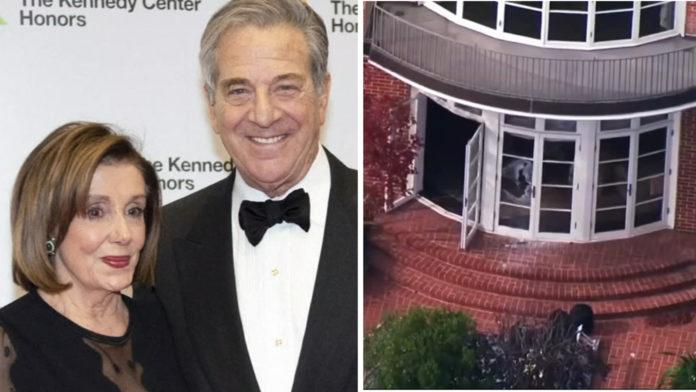 US Capitol Police: Cameras Caught Break-In At Pelosi Home But No One Was Watching The Video Feed

The US Capitol Police in Washington say their cameras captured the moment a crazed man broke-into Speaker Nancy Pelosi’s San Francisco home before her husband, Paul, was attacked with a hammer.

The department says no one was alerted because the live video feed was not being monitored.

The US Capitol Police released the following statement on Wednesday: “The Command Center has access to roughly 1,800 cameras, which provide us the capability to collect evidence from any camera’s location at any time, while also allowing Command Center personnel to monitor select video feeds. Among these are cameras that are used to actively monitor the Speaker’s San Francisco residence around the clock when she is there. While the Speaker was with her security detail in Washington, D.C., the San Francisco cameras were not actively monitored as they are when the Speaker is at the residence. The Command Center personnel noticed the police activity on the screen and used the feeds to monitor the response and assist investigators.

The Department has begun an internal security review and will be gathering input and questions from our Congressional stakeholders. We have been immensely grateful for the critical support the Congress already provided to secure the U.S. Capitol Complex after January 6, 2021. The funding was vital for us to implement dozens of immediate improvements. Now we will fast-track the work we have already been doing to enhance the protection of Members outside of Washington, D.C., while also providing new protective options that will address concerns following Friday’s targeted attack.

Our brave men and women are working around the clock to meet this urgent mission during this divisive time. In the meantime, a significant change that will have an immediate impact will be for people across our country to lower the temperature on political rhetoric before it’s too late.”