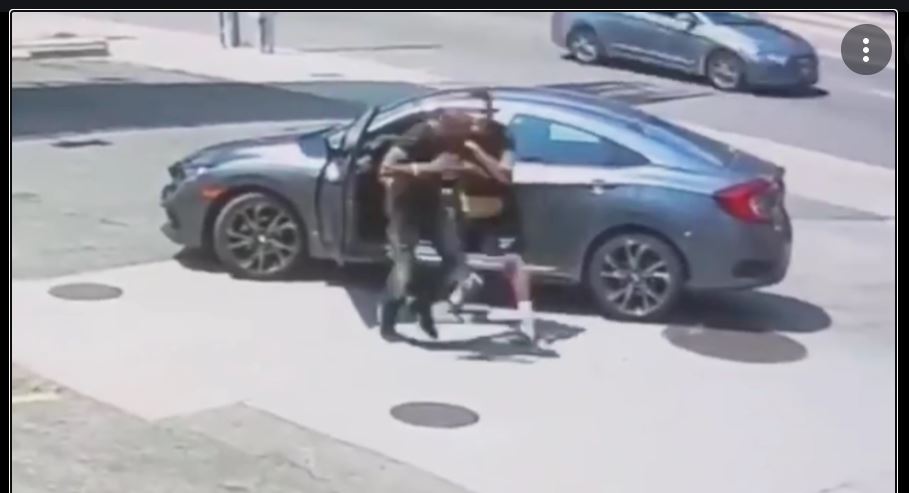 Williams could be seen struggling with the thief before punching him in the head. ‘At first I couldn’t really believe it,’ Williams told ESPN. ‘And then I was like, ‘Holy shit, there’s someone really in my car.

‘So, I run up to the car, and I have a push-to-start car. So, if my keys aren’t within five feet of the car it won’t drive. As I started to run towards the car it started to slowly back up. And man, the look this guy gave me on his face through the window was like, “Yeah, I got your car and this is happening.”

‘I opened the door and, it’s funny, the first thing I did was throw the stuff I bought on the passenger seat and then I proceeded to punch the guy. After the first punch he said, “OK, I’m sorry, I’m sorry.” I was able to get some knees on him, as he was exiting out.’

The carjacker could be seen on surveillance video clutching his head in pain as he ran away.

I tossed him out of the whip, and finish off with some ground and pound but I’ll settle with getting my car back.’