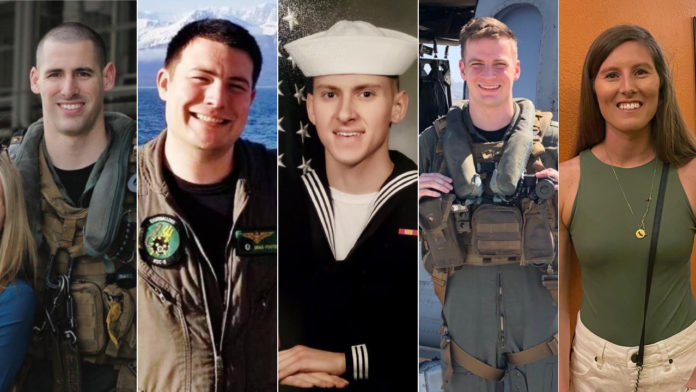 SAN DIEGO – On Sept. 5, the U.S. Navy released the names of the five Helicopter Sea Combat Squadron (HSC) 8 crew members who died, Aug. 31, when their helicopter crashed into the sea.

Names of the deceased are:

Assigned to Helicopter Sea Combat Squadron (HSC) 8, the helicopter was conducting routine flight operations from USS Abraham Lincoln (CVN 72) when it crashed into the sea approximately 60 nautical miles off the coast of San Diego at 4:30 p.m. (PST), Aug. 31.

An investigation into the incident is underway.

JUST IN: The U.S. Navy has declared the five missing crew members of this week’s MH-60S helicopter crash in the Pacific deceased. pic.twitter.com/RQMHr5YUPS

On this episode of “Prime Crime with Jesse Weber,” he takes us through the bizarre case of Anthony Todt, a END_OF_DOCUMENT_TOKEN_TO_BE_REPLACED

Andrew Tate and his brother, Tristan, were arrested in Romania a month ago for allegations of human trafficking and organized END_OF_DOCUMENT_TOKEN_TO_BE_REPLACED