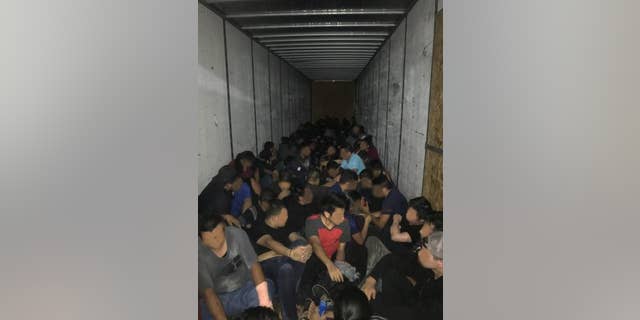 
LAREDO, Texas – A Laredo federal jury has convicted a 32-year-old out-of-state man for conspiring to transport and transporting illegal aliens within the United States.

On May 5, law enforcement stopped Faust for a traffic violation, at which time he claimed to be transporting green bananas. However, authorities quickly noticed the temperature on the refrigerated trailer was too high for produce. A K-9 then alerted to an odor emanating from inside the vehicle. Authorities opened the trailer and found 105 undocumented aliens.

The jury heard from a representative of the storage facility who Faust claimed had given him the load. He told the jury they do not ship green bananas and that Faust never picked up a load of produce from their facility.

The defense attempted to convince the jury Faust did not know that the people, all 105 of them, were in his trailer. The jury did not believe those claims and found him guilty as charged.

U.S. District Judge Marina Garcia Marmolejo presided over trial and will set sentencing at a later date. At that time, Faust faces up to 10 years of imprisonment and a possible $250,000 maximum fine.

Nearly three weeks after the Idaho student murders shocked the college town of Moscow, investigators have backtracked on some of END_OF_DOCUMENT_TOKEN_TO_BE_REPLACED