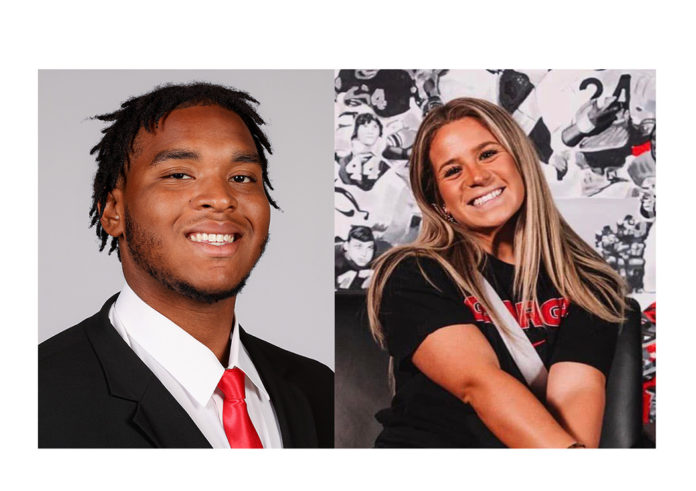 Two other members of the football program were injured in the crash and were not immediately identified, but the school said both were in stable condition. Warren McLendon, another offensive lineman, was among the injured.

The accident occurred just hours after the Bulldogs celebrated their second straight national championship with a parade and ceremony.

“We are all heartbroken and devastated with the loss of Devin Willock and Chandler LeCroy,” Georgia coach Kirby Smart said. “Devin was an outstanding young man in every way. He was always smiling, was a great teammate and a joy to coach.”

Smart said “[LeCroy was] a valuable member of our football staff and brought an incredible attitude and energy every single day. We grieve with their families for this tragic loss and will support them in every way possible.”

The cause of the crash is under investigation.

We are heartbroken over the passing of Devin and Chandler.

Our prayers are with their families during this difficult time. pic.twitter.com/BYLH8Xipwa

A suspect was killed after being involved in two back-to-back shootouts with Arizona police on January 6 and 7. Authorities END_OF_DOCUMENT_TOKEN_TO_BE_REPLACED

A federal judge allowed a wrongful death lawsuit against Kyle Rittenhouse to proceed. Rittenhouse was found not guilty of shooting END_OF_DOCUMENT_TOKEN_TO_BE_REPLACED