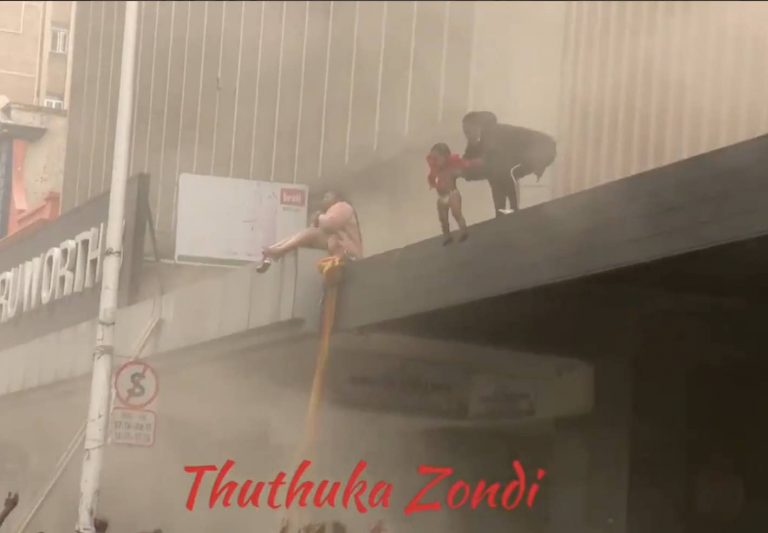 Toddler tossed from burning building to save her life…

Toddler rescued from a fire. Looters started a fire after stealing everything from the shops on the ground floor. They then set fire to the building, affecting apartments upstairs. Neighbors caught the little girl. 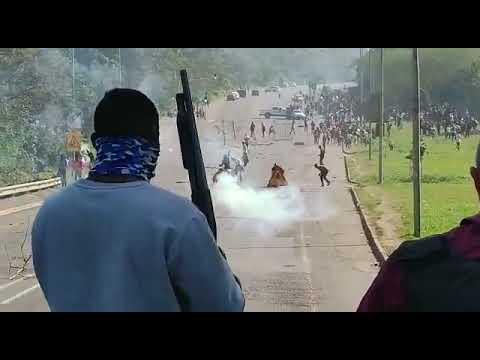 Violence and looting continued in parts of Gauteng and KwaZulu-Natal on Monday, despite President Cyril Ramaphosa warning that those behind the violent protests and anarchy would be arrested and prosecuted.

But these protests have turned into something more unpredictable and destructive, spreading from Zuma’s home province of KwaZulu-Natal into the country’s economic heart in Gauteng.

In Alexandra, mobs rushed in and out of outlets in the Pan Africa Mall, carrying whatever they could carry. When we entered the premises, 18 hours after the first assault, there was practically nothing left.

In the cities of Durban and Pietermaritzburg, shops and factories went up in flames and burnt out trucks littered the main highway between Durban and Johannesburg.

Currently, business owners armed themselves ready to defend their businesses.