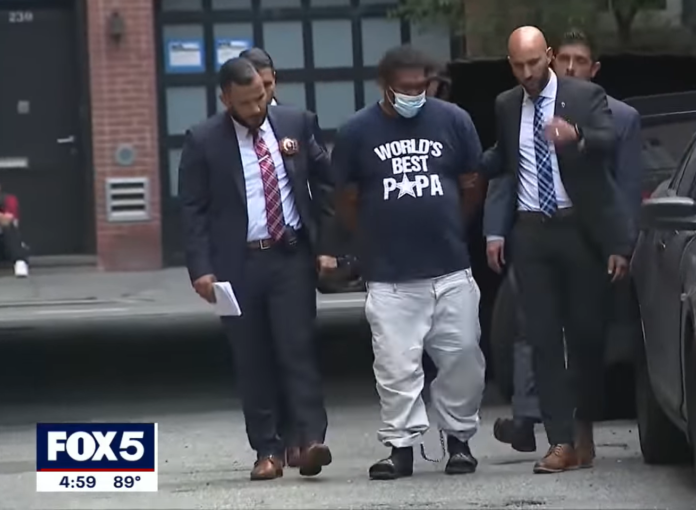 “These chilling attacks were committed against some of our most vulnerable community members,” said District Attorney Bragg. “It is unbelievably tragic that someone lost their life simply because they did not have the safety that comes with a roof over their head. Nobody should face violence when they face the extraordinarily painful and difficult experience of being unhoused, and we will pursue full accountability and justice in this case.”

According to court documents, video surveillance, and statements made on the record, on July 5, 2022, MURPHY allegedly approached an individual sleeping on a bench inside Hudson River Park at approximately 3:09 am, when a scream was heard and MURPHY was then seen running away, across the West Side Highway. The victim reported to officers that he had been sleeping when he felt a sharp pain in his lower right abdomen and that he had seen a man running away from him. The victim died soon after being admitted to Bellevue Hospital.

On July 8, 2022, the second victim was sleeping on a bench at the Northeast corner of Madison Avenue and East 49th Street. At around 11:00 pm, Murphy was observed approaching the individual and sitting on a bench opposite to where they were sleeping. Murphy allegedly stared at the victim for approximately 20 minutes and then proceeded to remove a large knife to stab the individual in the lower abdomen before fleeing the scene.

Murphy gave a full confession in video-recorded statements, including confessing to being the individual depicted in video surveillance, as well as to stabbing each of the two individuals. He also confessed to using the knife which had been taken by officers at his arrest. Murphy told officers that he chose the same target location on each victim, the lower abdomen, which he called the “stabber’s choice.”