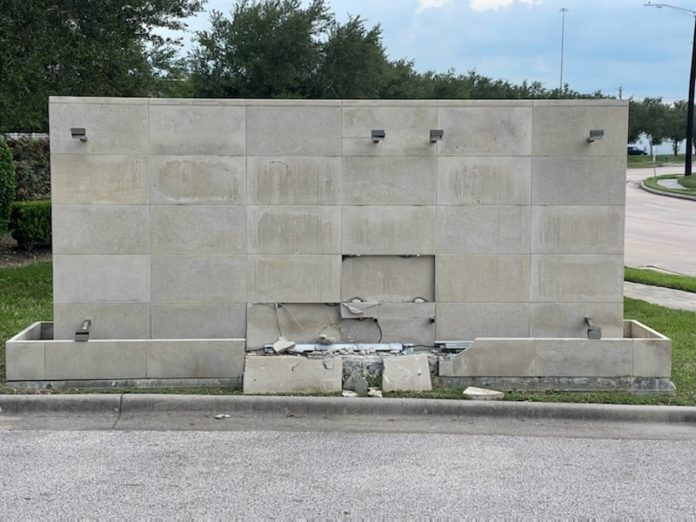 
HOUSTON – A 43-year-old Waller County man has admitted to willfully injuring or committing depredation against property of the United States by ramming his truck and trailer into the signage entrance of the FBI, announced U.S. Attorney Jennifer B. Lowery.

On May 11, Jesus Jaimes Merlan approached the Houston FBI visitor security facility in a truck. Upon his arrival, he sat in his vehicle, smoked a cigarette and stared forward. At that time, he requested to speak to an agent.

Security advised him that he would have to return in the morning. Merlan responded by yelling he could not wait. He then backed his truck up and rammed it forward into the FBI signage.

Authorities took him into custody immediately and conducted an interview. At that time, he appeared to be in mental distress. He said he rammed the signage because he felt as if he was not getting any help. Merlan also made several incoherent remarks about individuals chasing or stalking him, wishing to do him harm and/or take his belongings.

As part of his plea, Merlan admitted he purposefully caused damage in order to speak to someone at the FBI.

The labor costs estimated to repair the gate and signage is over $35,000.

He was permitted to remain on bond pending that hearing.

A suspect was killed after being involved in two back-to-back shootouts with Arizona police on January 6 and 7. Authorities END_OF_DOCUMENT_TOKEN_TO_BE_REPLACED

A federal judge allowed a wrongful death lawsuit against Kyle Rittenhouse to proceed. Rittenhouse was found not guilty of shooting END_OF_DOCUMENT_TOKEN_TO_BE_REPLACED