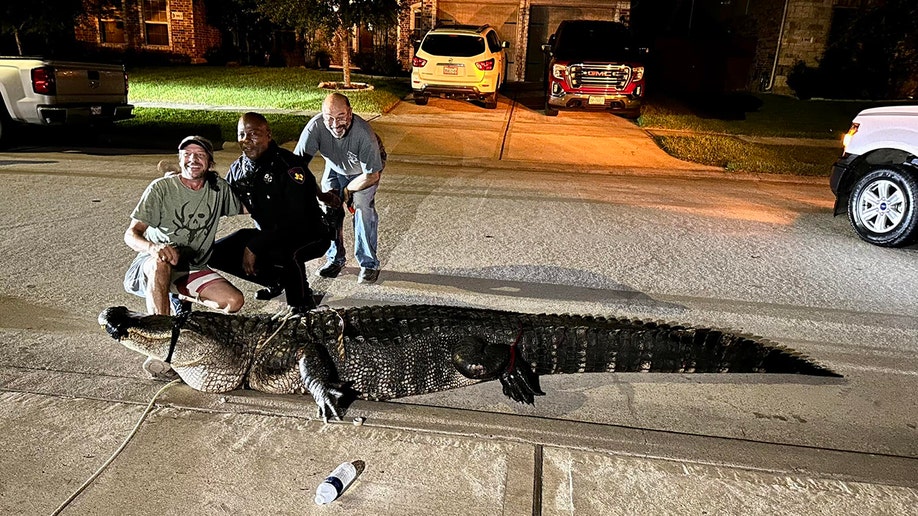 Alligator was freely roaming through an Atascocita, Texas, neighborhood on Sunday

A 10-foot alligator was caught taking an early morning stroll in the middle of a road on Sunday in a neighborhood outside of Houston, Texas, authorities said.

The Harris County Precinct 4 Constable’s Office responded to the 13800 block of North Lake Branch Lane in Atascocita in response to the massive reptile.

Precinct 4 Constable Mark Herman shared photos of the gator wandering near a vehicle parked on the street after officials wrangled the gator on a sidewalk.

Herman said the alligator was safely captured and in the possession of Animal Control.

Last week, an 11-foot, 400-pound alligator was captured along a residential road in Katy, Texas. The alligator was then lifted via a tow truck and relocated to Gator Country near Beaumont, officials said at the time.

Earlier this month, police in Lake Worth, Texas, caught a 3.5-foot alligator that was “hissing” at people near an ATM.