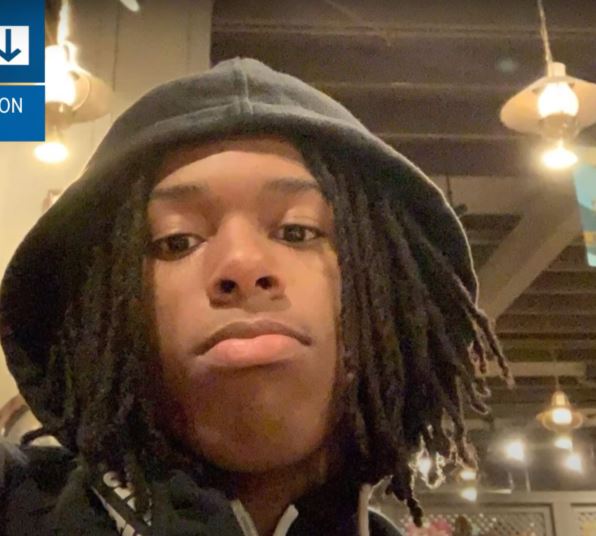 Tennessee Mom Regrets Calling Police on Daughter’s Boyfriend After Officer Fatally Shoots Him at School: ‘I Am So Sorry’

A Tennessee mother says she wishes she had never called the police on her daughter’s Black boyfriend after the conflict ended with an officer fatally shooting him inside a Knoxville high school bathroom.

“Once again, when a Black person is killed, in this case a Black child, the police quickly shape a narrative to justify the death,” said civil rights attorney Benjamin Crump, who is representing the family.

Regina Perkins made the call to police after her daughter Alexus Page, who had been dating Thompson for nine months, came home early from school with marks on her face and some hair missing. Page, a junior at the school, said she and Thompson had engaged in a physical fight following an argument.

Page had called her mother from the assistant principal’s office and was given permission to sign out and leave early.

According to Perkins, she reached out to Thompson’s mother before contacting authorities, but was unable to get in touch with her.

“Alexus told me that she was grabbed and that her hair was pulled, and that is really what led me to feel that I needed to do more,” Perkins told the Knoxville News Sentinel.

An officer came to the Perkins’ home to take a statement, and Perkins allegedly informed Thompson via text message that an officer would be coming to the school.

Perkins and Page said they told police Thompson probably wasn’t armed, but authorities said they were acting on a report that the student was armed when they entered the school. Perkins realized the school was on lockdown after seeing a helicopter above the building.

A struggle occurred between Thompson and multiple officers in the school bathroom and the teen was fatally shot.

“I am so sorry, and I never meant for anything to happen to him,” Perkins said. “We are mourning, my daughter is grieving the loss of her first love and we also want answers and justice in this case.”

In the days following the shooting, confusion spread about what had occurred. Originally it was reported that a bullet fired from Thompson’s gun struck an officer, although the Tennessee Bureau of Investigation later clarified that the bullet that hit the officer wasn’t discharged from the student’s gun.

TBI says the student did have a gun, which was fired at one point during the struggle and “was followed by law enforcement firing twice.”

Investigators have not specified about how many officers were in the bathroom with Thompson during the struggle or about which officer fired the shots.

Brian Buckmon, the owner of Patton Funeral Home, is planning Thompson’s funeral. ”They want the truth, they want the facts,” Buckmon said of the family. “Let them fall where they fall, if there’s accountability deal with it if there’s changes, procedures, and policies that need to happen then by golly do it.”

Adam Willson, the officer was shot in the leg and is recovering after surgery. Officer Brian Baldwin, Lt. Stanley Cash and Officer Jonathon Clabough were also identified as having been involved in the shooting. All four officers have been placed on administrative leave.

Knoxville Mayor Indya Kincannon has called for the body camera footage of the shooting to be made public.

“We pursued these (body-worn) cameras as another tool to build public trust and to be transparent with the community,” she said. “Transparency also means timely, not six or 18 months later, but as soon after an incident as possible. Every day the video is not released perpetuates rumors and misinformation. Every day that video is not released undermines public trust.”

But Knox County District Attorney General Charme Allen said she has no plans to release the video before the case is concluded. She said she will decide whether or not to bring charges against the officer who shot Thompson at the conclusion of the TBI’s investigation.

According to Perkins, Thompson’s death followed a tumultuous relationship with her daughter. Perkins said she didn’t approve of the relationship and that Thompson was facing struggles in his life.

“She loved him, she really did,” Perkins said. “He was a good kid, he had dreams and goals, but he had some struggles. They both have gone through a lot of things, and as a parent, I felt it was necessary to protect her after I saw things were heading in the wrong direction the last few months.”

Perkins felt the relationship had become unhealthy and sought to keep the teens separated at school, as the two had gotten into physical fights before. She said she was bothered the teens were even allowed near each other at the school, following her complaints about keeping them separated.

“I tried my best to make sure every measure was taken. It’s hard to keep these teenagers away from each other,” she said.

She called Thompson’s death preventable, and expressed her condolences to the family. “That child should not be dead…We all want justice for Anthony. He should still be here.