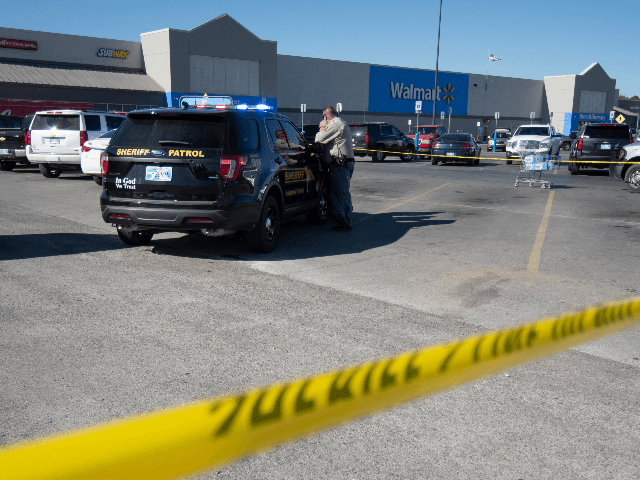 A shoplifting suspect was killed around 10:30 p.m. Sunday during a shootout with constables in the parking lot of a Walmart in Spring, Texas.

KHOU-11 reports that two constables from the Harris County Pct. 4 Constable’s Office were called by Walmart employees who recognized a group of suspects as alleged shoplifters.

ABC-13 notes that the suspects were in a vehicle that “matched the description of a vehicle involved in previous thefts from another Walmart.”

The suspects then allegedly entered the Texas Walmart Sunday night, stole merchandise, and were sitting in their car in the parking lot when the constables arrived.

One of the suspects allegedly exited the car and began shooting at the constables, who returned fire and killed him:

Our Homicide and CSU investigators are responding to a retail store in the 21100 block of Kuykendahl Rd. in Spring in reference to a shooting involving @Pct4constable deputies.

A male was pronounced deceased on the scene. No constable deputies were injured. PIO is also en route pic.twitter.com/j6AilfY5dY

There were three suspects, and police have apprehended the two who remain alive.

Constable Mark Herman commented about the shootout, saying, “Our deputies’ training aided them in this gun fight and we are thankful to God for watching over them. Deputies will be placed on a mandatory three days off while conducting the investigation.”