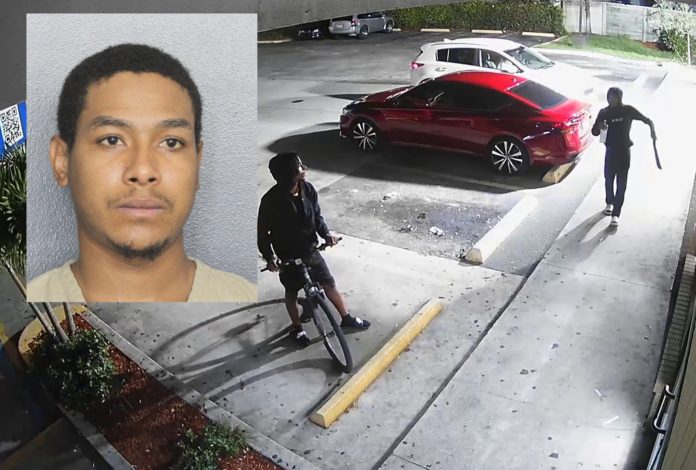 At approximately 1:49 a.m., Monday, June 6, BSO district deputies and Oakland Park Fire Rescue responded to a report of a shooting near the 3800 block of North Andrews Avenue in Oakland Park. Paramedics located an adult male suffering from a gunshot wound. He was transported to a local hospital for treatment and survived his injury.

BSO detectives located surveillance video that captured the crime. On camera two men are seen exchanging words outside of a store. Suddenly, the subject is seen taking a machete from his pants wielding it at the victim. The conversation continues as the subject approaches the victim. The subject then walks away.

Moments later, the subject returns, points a gun at the victim, walks straight towards him and gets close enough to shoot him in the face. The subject is seen fleeing in a four-door dark, colored Infiniti.

The video was shared with media and the public, and through investigative methods, the suspect was identified as Luis Alberto Escolástico Canela. An arrest warrant was issued.

On Thursday, July 28, Canela was arrested in North Lauderdale. He faces one charge of attempted murder in the first degree. BSO’s Violence Intervention Proactive Enforcement Response (V.I.P.E.R.) team investigators assisted in the apprehension.