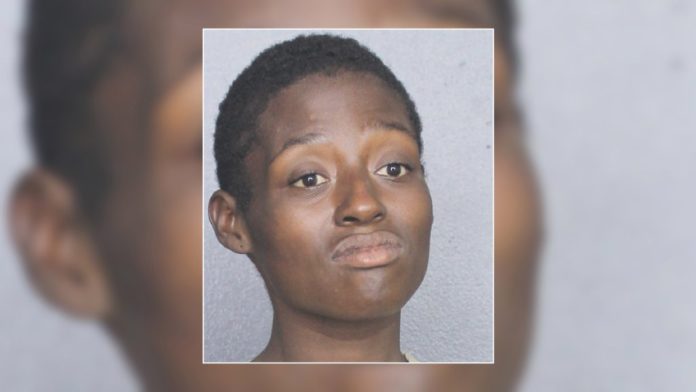 SHERIFF: Woman Tries To Set Police Cruiser On Fire While Deputy Was In It

MIAMI – A deputy is safe and unharmed after a frightening encounter with a woman who tried to set the deputy’s BSO vehicle on fire while the deputy was stopped at a traffic light.

Broward Sheriff’s Office detectives arrested Toni Carr for the incident that occurred at approximately 9:50 p.m. on Sunday, Aug. 29, at the intersection of Northwest 27th Avenue and West Sunrise Boulevard in Central Broward.

According to investigators, while the deputy was sitting in her marked unit at the stoplight, Carr walked up to the vehicle, started banging on her window and broke off the driver side mirror. Carr then walked to the rear of the vehicle, opened the gas tank cover and removed the gas cap. Carr placed paper items into the gas tank and used a lighter to set a lottery ticket on fire. The deputy believed Carr was intending to set her vehicle on fire. The deputy got out of the vehicle and ordered Carr onto the ground. Carr complied and other deputies arrived to help place Carr into custody.

3 Convicted In Jealousy Slaying of Army Veteran Inside Strip Club

On this episode of “Prime Crime with Jesse Weber,” he takes us through the bizarre case of Anthony Todt, a END_OF_DOCUMENT_TOKEN_TO_BE_REPLACED

Andrew Tate and his brother, Tristan, were arrested in Romania a month ago for allegations of human trafficking and organized END_OF_DOCUMENT_TOKEN_TO_BE_REPLACED