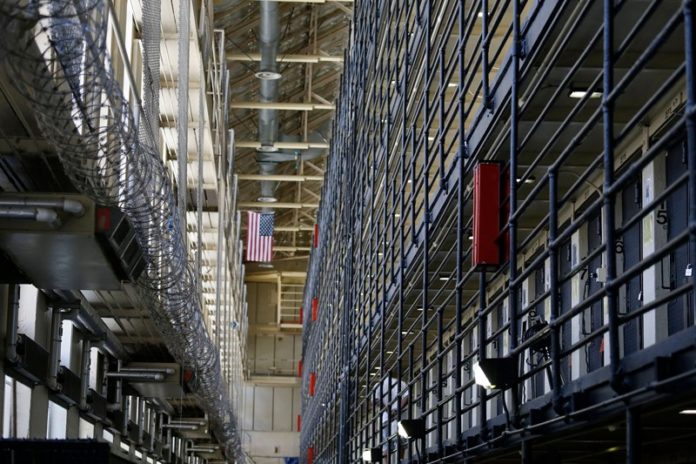 According to the complaint, Christopher, 37, of Pittsburg, California, Smith-Symes, 45, of Las Vegas, Nevada, and Wells, 32, of Tracy, California, conspired to smuggle cell phones into San Quentin State Prison’s East Block, where condemned inmates are housed. Cell phones create safety and security risks for prison employees and other inmates, and state law deems them contraband and prohibits their possession by inmates. Christopher is a Corrections Officer at San Quentin State Prison in Marin County. The complaint alleges that Smith-Symes worked with a Death Row inmate with whom she had a relationship to obtain the contraband phones and ship them to Wells, who then provided the phones to Christopher, who in turn smuggled them into the prison. Using this scheme, the complaint alleges that the conspirators successfully smuggled at least 25 phones into the prison and that the inmate working with Smith-Symes sold the phones inside the prison for up to $900 each. Smith-Symes sent bribery payments to Christopher through Wells and others whom Christopher had appointed to receive the money. The complaint further alleges that Christopher charged $500 as payment for each phone he smuggled into the prison.

The complaint filed against Christopher, Smith-Symes, and Wells charges each defendant with one count of conspiracy to commit honest services fraud using interstate wires in violation of 18 USC §§ 1343, 1346, and 1349. The charge carries a maximum sentence of 20 years in prison and a $250,000 fine. Any sentence following conviction, however, is imposed by a court only after the court’s consideration of the United States Sentencing Guidelines and the federal statute governing the imposition of a sentence, 18 USC § 3553.

Christopher and Wells appeared today on the charges before United States Magistrate Judge Sallie Kim, who sits in San Francisco. They were released on bond and are scheduled to next appear in federal court on September 17, 2021.