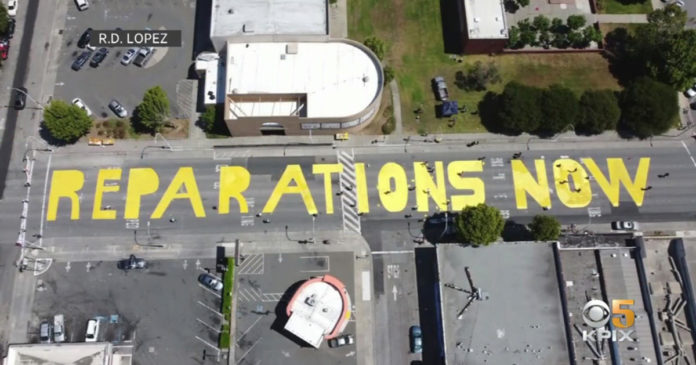 A panel established by San Francisco supervisors in May 2021 has proposed a one-time payment of $5 million to each black resident of the city who is deemed eligible as reparations for “decades of harm they have experienced.”

The committee also proposed erasing all debts associated with educational, personal, credit card, and payday loans for black households. The 15-member panel will make its recommendations to the city in June.

“A lump sum payment would compensate the affected population … and will redress the economic and opportunity losses that​ ​Black San Franciscans have endured, collectively, as the result of both intentional decisions and​ ​unintended harms perpetuated by City policy​,” the San Francisco African American Reparations Advisory Committee wrote in a draft report, per Fox News Digital. “Reparation​ ​must be adequate, effective, prompt, and should be proportional to the gravity of the violations and the harm suffered.​”​

Eligibility for the reparations will be based on applicants being 18 or older and having identified as black or African American on public documents for at least 10 years.

A viewer asked what “mind-blowing” revelations have come out of Alex Murdaugh’s family murder trial since it began. Eric Bland, END_OF_DOCUMENT_TOKEN_TO_BE_REPLACED

In a twist of events, a burglary suspect found himself begging for the help of police after he was shot END_OF_DOCUMENT_TOKEN_TO_BE_REPLACED