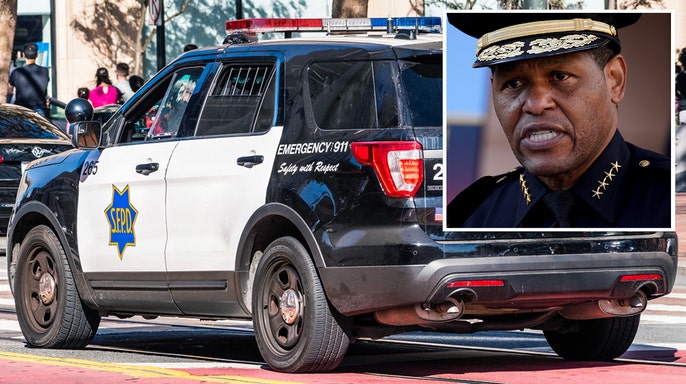 A San Francisco sex assault victim is suing city and county officials after she says her rape kit was improperly used to add her DNA to a police database, where investigators allegedly later used it against her in a criminal case, according to her attorneys.

The woman, identified only as Jane Doe in court documents, is suing both the city and county of San Francisco, Police Chief Bill Scott, the department’s crime lab director Mark Powell, the criminalist Kelley Fracchia and SFPD Office Sylvia Lange as well as 50 unidentified defendants, according to Monday’s court filing.

“Plaintiff Jane Doe, a sexual assault survivor, was re-victimized by this unconstitutional practice,” reads a lawsuit filed Monday in the U.S. District Court for the Northern District California. “In 2016, she provided a DNA sample to the San Francisco Police Department as part of its investigation into her sexual assault. However, she never consented to it to be stored or used for any other purpose.”

But the department allegedly kept her DNA on file for at least six years, according to the lawsuit, and “routinely ran crime scene evidence though this database that included Plaintiff’s DNA without ever attempting to get her consent or anyone else’s consent.”

This is the portion of the California Governor’s Office of Emergency Services consent form victims sign when submitting their DNA evidence for a sex assault investigation.

Doe’s lawyers from the Oakland-based Pointer and Buelna law firm were expected to reveal more details at a Monday news briefing.

Eventually, the DNA sample led to her arrest on unrelated burglary charges – which were later dropped, according to the lawsuit.

Former San Francisco District Attorney Chesa Boudin told the Associated Press in March that the circumstances of the creation of Doe’s DNA sample led him to drop the felony burglary charges.

A copy of a blank patient consent form makes no mention of adding the victim’s DNA to a database and notes that the signee can withdraw their consent at any time.

The lawsuit alleges a violation of Doe’s constitutional rights, injuries and damages, breach of duty, negligence, unlawful search and seizure and unlawful arrest.

Then-San Francisco District Attorney Chesa Boudin speaks to a crowd of supporters at his recall election party in San Francisco.

“Since at least 2015, the City and County of San Francisco…has had a policy and/or practice of playing DNA samples taken from crime victims as part of the investigation into the crimes they suffered and/or reported into a ‘quality assurance’ database without the victims’ consent or knowledge,” the lawsuit reads. “Defendant CCSF maintained the victim’s DNA in the database into perpetuity and tested any genetic material taken from any and all subsequent crime scenes against all DNA samples in the ‘quality assurance’ database.”

The lawsuit is seeking an unspecified payout for damages, the removal of Doe’s DNA from the police database and an order prohibiting the city and county from storing similar victims’ DNA in the future.

City police said the department does not comment on pending cases, but shared a February statement from Chief Scott on the matter.

“We must never create disincentives for crime victims to cooperate with police, and if it’s true that DNA collected from a rape or sexual assault victim has been used by SFPD to identify and apprehend that person as a suspect in another crime, I’m committed to ending the practice,” he said at the time.

San Francisco Police Chief Bill Scott is among several officials named in a lawsuit against the city and county of San Francisco alleging misuse of DNA collected from a sex assault victim’s rape kit.

“I am informed that our existing DNA collection policies have been legally vetted and conform with state and national forensic standards,” the chief continued. “However, there are many important principles for which the San Francisco Police Department stands that go beyond state and national standards. We have long embraced sanctuary for our undocumented immigrant communities, for example, and we years ago ended the practice of using condoms as evidence in prostitution cases.”

He went on to announce a review of the department’s DNA collection practices.

Related Topics:crimeFeaturedSexual Assault
Up Next