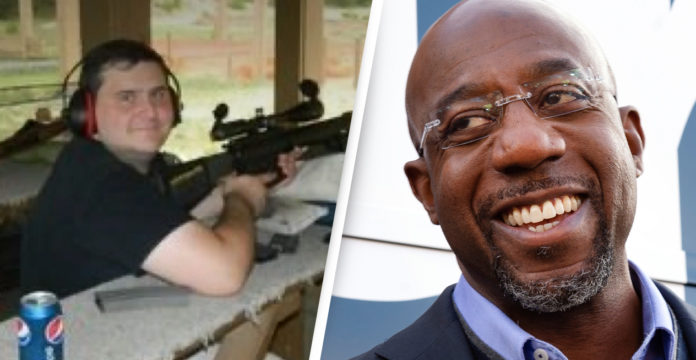 
Earlier today, in federal court in Brooklyn, Eduard Florea pleaded guilty before United States Chief Magistrate Judge Cheryl L. Pollak to one count of transmitting threats to injure and one count of possessing ammunition after having been convicted of a felony.  When sentenced, Florea faces up to 15 years in prison.

“With today’s guilty plea, Florea admits to threatening the life of a successful candidate for the U.S. Senate and to urging others to take up arms to unleash violence at the Capitol on January 6, 2021 to thwart the results of the Presidential election.” stated Acting U.S. Attorney Jacquelyn M. Kasulis. “This Office is deeply committed to protecting our democratic institutions and to using all available tools to preserve the public safety, uphold the rule of law and support the peaceful transfer of power.”

As set forth in the court filings and today’s proceeding, Florea posted threatening statements online about killing elected officials, including now-United States Senator Raphael Warnock (D-GA) and committing other acts of violence in Washington, D.C. in connection with the certification of the results of the 2020 Presidential Election.  For example, on January 5, 2021, at approximately 8:40 p.m., Florea posted, “We need to all come to an agreement . . . and go armed . . . and really take back Washington.” A few minutes later, Florea posted, “Tomorrow may very [well] be the day war kicks off . . .”  At 11:53 p.m. the same day, Florea posted, “Warnock is going to have a hard time casting votes for communist policies when he’s swinging with the f***ing fish.”  In the early morning hours of January 6, 2021, at approximately 12:42 a.m., Florea referenced Senator Warnock and stated, “Dead men can’t pass sh*t laws . . .”

On January 6, 2021, after the assault on the United States Capitol had begun, Florea posted that he intended to travel to Washington, D.C. as part of a group armed with firearms ready to engage in additional violence.  Between approximately 2:00 p.m. and 6:00 p.m.—while the Capitol was under siege—Florea posted the following messages, among others:

On January 12, 2021, FBI Special Agents and Task Force Officers with the New York Joint Terrorism Task Force executed a search warrant at Florea’s home in Middle Village, Queens.  The search revealed that Florea, who had been previously convicted of a New York state firearms-related felony, illegally possessed more than 1,000 rounds of ammunition.

Nearly three weeks after the Idaho student murders shocked the college town of Moscow, investigators have backtracked on some of END_OF_DOCUMENT_TOKEN_TO_BE_REPLACED