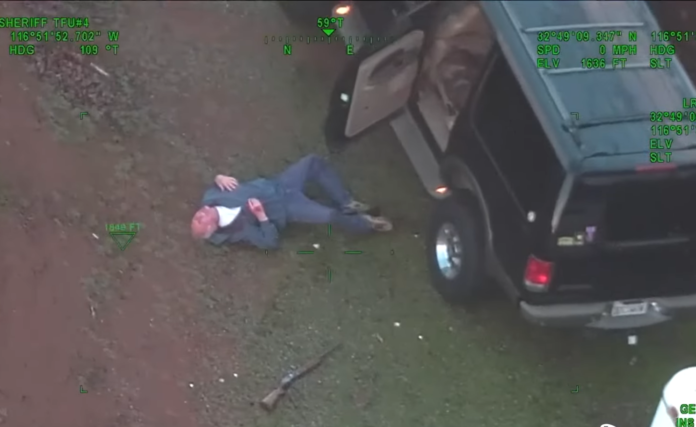 
San Diego, California — On January 17, 2023, at 3:55 p.m., the San Diego Police Communications Center received a radio call reporting a violent disturbance at a local pharmacy in the 5500 block of Reservoir Drive. Officers from Eastern Division were dispatched and arrived within minutes. Upon arriving, they found the business was locked but there was a female victim inside.

Officers forced entry into the pharmacy and found a female suffering from multiple stab wounds to her upper body. Officers performed life saving measures until paramedics from San Diego Fire-Rescue arrived. The female was transported to a local hospital for emergency medical treatment. Unfortunately, despite the best efforts of officers and medical personnel, the female was pronounced deceased at the hospital at 4:46 p.m. The deceased female has been identified as Mary Ellen Carter of Lakeside, CA. She is described as a 66-year-old white female.

As officers responded to this call and conducted their preliminary investigation, they learned the suspect, 77-year-old Frank Brower, had fled the area in a larger, dark colored SUV. Officers investigating the stabbing were able to locate his home address in the 800 block of La Cresta Boulevard in unincorporated El Cajon.

The officers coordinated with the San Diego Sheriff’s Department to check that address utilizing patrol deputies and police and sheriff’s helicopters. Shortly afterwards, Brower was contacted by officers and deputies and an officer-involved shooting occurred involving two officers from the San Diego Police Department.

Investigators have determined that Brower and Carter were co-owners of the pharmacy where Carter was stabbed.

“I would say that at this point it does appear that the financial problems that were occurring within that business and probably between these two individuals was likely a contributing factor that possibly led to a motive in the suspect,” Lt. Shebloski said.

Officer Robert Raynor and Salvador Laurel-Torres have been taken off of their patrol assignments while the incident is being investigated.

A suspect was killed after being involved in two back-to-back shootouts with Arizona police on January 6 and 7. Authorities END_OF_DOCUMENT_TOKEN_TO_BE_REPLACED

A federal judge allowed a wrongful death lawsuit against Kyle Rittenhouse to proceed. Rittenhouse was found not guilty of shooting END_OF_DOCUMENT_TOKEN_TO_BE_REPLACED