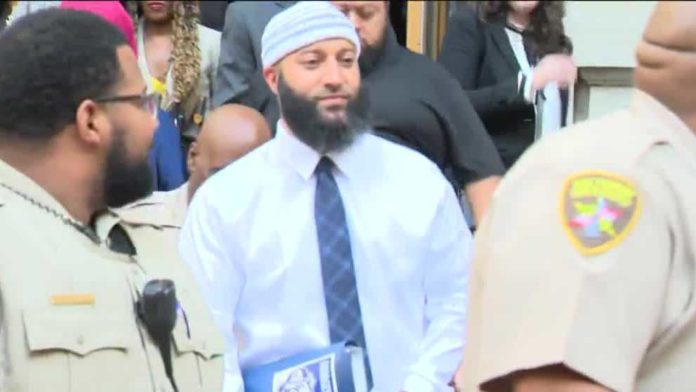 
Today, the Baltimore City State’s Attorney’s Office entered a nolle prosequi in the case against Adnan Syed, thereby dropping the charges for his alleged role in the murder of Hae Min Lee, after receiving new DNA results.

This past March, the State’s Attorney’s Office and the Office of the Public Defender jointly requested that the victim’s clothing and other evidence be tested for touch DNA – which detects very small amounts of DNA. Touch DNA technology was not available in 1999.

“The fundaments of the criminal justice system should be based on fair and just prosecution and the crux of the matter is that we are standing here today because that wasn’t done 23 years ago. Although, my administration was not responsible for neither the pain inflicted upon Hae Min Lee’s family nor the wrongful conviction of Mr. Syed, as a representative of the institution, it is my responsibility to acknowledge and apologize to the family of Hae Min Lee and Adnan Syed,” said State’s Attorney Marilyn Mosby.

Syed and his defense are now able to initiate the proceedings for compensation under Maryland law.

The first round of DNA testing on certain pieces of clothing did not yield any usable results. The results of the second round of testing was received by the State’s Attorney’s Office on Friday which included touch DNA samples from the victim’s skirt, pantyhose, shoes and jacket – items that have never been tested before – and revealed a mixture of individuals DNA on the victim’s shoes.

Today, after a nearly yearlong investigation reviewing the facts of this case, and the discovery of new evidence supporting alternative suspects, in tandem with the new DNA evidence, the State’s Attorney’s office has determined that Adnan Syed was not involved in the death of Hae Min Lee.

On September 19th, Baltimore City Judge Melissa Phinn granted a motion filed by State’s Attorney Marilyn Mosby and Sentencing Review Unit (SRU) Chief Becky Feldman to vacate Syed’s conviction and request a new trial. The State was then required to schedule a new trial or enter a nolle prosequi within 30 days of Judge Phinn’s decision. Judge Phinn’s motion acknowledged that the State had proven that there was a Brady violation in Mr. Syed’s case and that new evidence has come to light, including two other potential suspects. As a part of the Judge’s order, Syed was released on his own recognizance and placed on home detention with GPS monitoring.

The motion that made today’s outcome possible was the Maryland House Bill 874 that the SAO pushed for years in Annapolis. The bill allows judges to grant a prosecutor’s request to vacate a conviction “in the interest of justice and fairness,” Mr. Syed’s defense counsel, Erica Suter, Director of the Office of the Public Defender’s and University of Baltimore’s Innocence Project, originally brought the case to the attention of the SRU after the Juvenile Restoration Act passed in April 2021, which allows persons convicted of crimes as juveniles to request a modification of sentence after they have served at least 20 years in prison. However, during that review, additional evidence emerged requiring the State to conduct a more in-depth analysis.

A suspect was killed after being involved in two back-to-back shootouts with Arizona police on January 6 and 7. Authorities END_OF_DOCUMENT_TOKEN_TO_BE_REPLACED

A federal judge allowed a wrongful death lawsuit against Kyle Rittenhouse to proceed. Rittenhouse was found not guilty of shooting END_OF_DOCUMENT_TOKEN_TO_BE_REPLACED