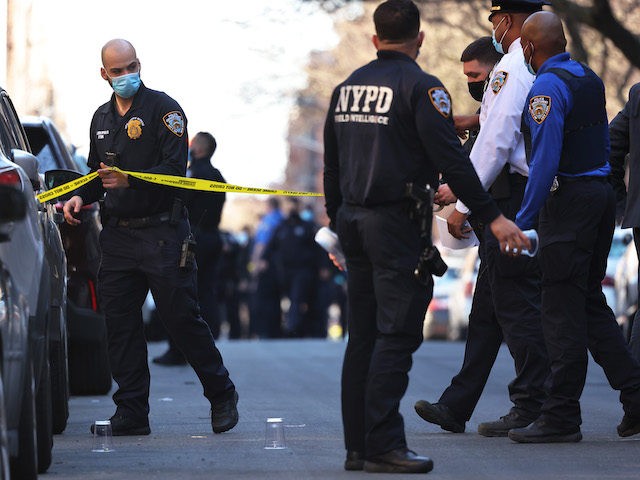 An 80-year-old man was reportedly found dead inside a Staten Island apartment building with the phrase “I touch little girls” written on his body, law enforcement said Tuesday.
The elderly person was discovered just after 9:30 a.m. on Monday in the hallway of 256 Corson Ave., police told the New York Post.
The report continued:

The senior, who was found shirtless and lying face up, had cuts to his forehead and two black eyes, police said. On his chest, the words “I touch little girls” were written in black ink, police confirmed. Cops also found the words “I take dolls in my room for girls age 1-5” on his stomach and “I touch” on his right foot, according to police sources.
Though the man had 24 prior arrests to his name, his record did not suggest a known history of pedophilia, sources said. His name does not appear in the state’s online registry of known sex offenders. Of the two dozen busts, just four were unsealed: Two assaults against a girlfriend in 1987, a third assault in 1992 and drug possession rap in 1996, sources said.

An silive.com report said the body was identified as that of Robert Raynor.

“A source told the Advance/SILive.com there was trauma to the man’s body, including an injury to his nose. However, it was not clear if those injuries were suffered in an attack or another way, such as a fall,” the report said.
The New York City Police Department’s (NYPD) homicide unit is currently investigating and the medical examiner is working to determine the exact cause of death.
Investigators told silive.com they believe the man was staying at the address where he was found.
According to the NYPD website, “Homicide Squads investigate homicides and serious Assault 1 cases that involve firearms, work with precinct detectives, and contribute additional resources to solve cases.”

Nearly three weeks after the Idaho student murders shocked the college town of Moscow, investigators have backtracked on some of END_OF_DOCUMENT_TOKEN_TO_BE_REPLACED