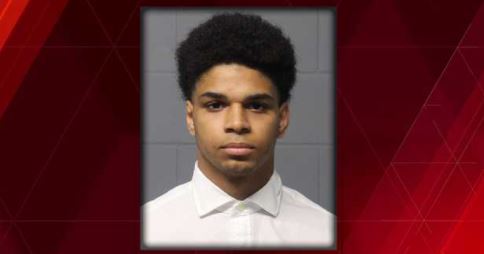 NORFOLK, Mass. —A Boston man is facing multiple charges in connection with a reported sexual assault of a horse that happened in Norfolk last week, according to police.

Kelley was arrested, booked at the police station and transported to Wrentham District Court to be arraigned on the following charges: sexual contact with an animal, cruelty to animals and nighttime breaking and entering with intent to commit a felony.

“The Norfolk Police Department would like to thank the public for taking the time to come forward and become involved,” reads a statement from the department. “We received many calls providing information which eventually led to the identification of Kelley as the suspect.”

The MetroWest Daily News, a WCVB media partner, reports that during his arraignment on Tuesday, Kelley was ordered to be held without bail pending a dangerousness hearing that is scheduled for Friday.

The owner of Turner Hill Equestrian Stables, Hillary Swarr, confirmed to local news on July 17 that one of the horses at her Miller Street facility was sexually assaulted in the early morning hours of July 15.

“I don’t think anybody is prepared for something like this,” Swarr said.