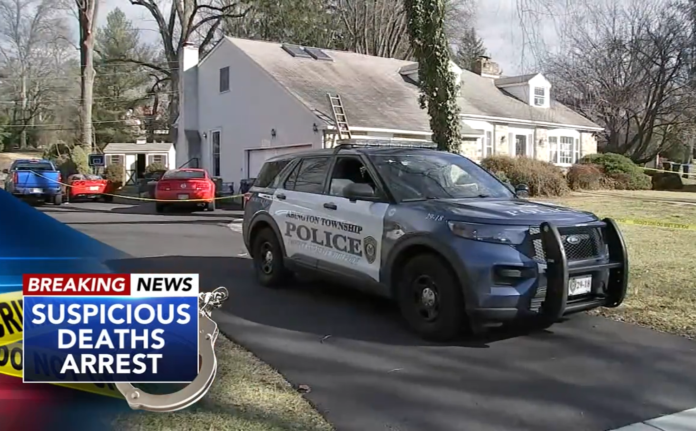 
JENKINTOWN, Pennsylvania – Verity Beck, a 49-year-old woman, has been arrested and charged with the murder of her parents after their dismembered bodies were found in their Jenkintown, Pa home.

According to the Montgomery County District Attorney, Kevin Steele, police were called to the home on the 1100 block of Beverly Road around 10:30 p.m. Tuesday by a family member who had not heard from the couple, both 73 and 72-year-old, in over a week.

Upon entering the home, officers found one body tightly wrapped in a white bed sheet and evidence of a second deceased person. A chainsaw was found near one of the bodies, both victims were in various stages of dismemberment.

“There were signs of extreme trauma present,” Steele said, per WPVI.

The coroner determined the cause of death was a gunshot wound to the head.

Several firearms were also recovered from the home, and Beck lived in the home with her parents.

A motive for the crime remains unknown.

A suspect was killed after being involved in two back-to-back shootouts with Arizona police on January 6 and 7. Authorities END_OF_DOCUMENT_TOKEN_TO_BE_REPLACED

A federal judge allowed a wrongful death lawsuit against Kyle Rittenhouse to proceed. Rittenhouse was found not guilty of shooting END_OF_DOCUMENT_TOKEN_TO_BE_REPLACED