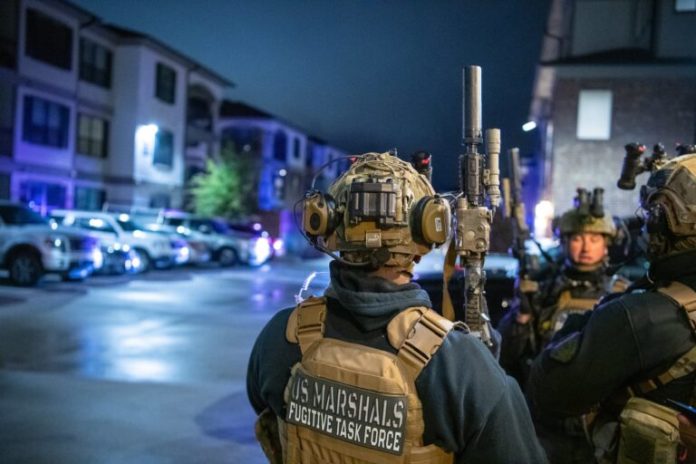 
Camden, NJ – The U.S. Marshals Service has conducted a high-impact fugitive apprehension initiative focusing on some of the most violent offenders throughout the southern counties of New Jersey.  This three-week enforcement initiative, called “Operation Rodeo”, resulted in the arrest of 65 fugitives, including 33 gang members (largely Bloods members, but also Crips, Pagans, and lesser known gangs), and other violent criminals in New Jersey, Pennsylvania, Tennessee, Louisiana, Florida, and the Commonwealth of Puerto Rico. These fugitives were wanted out of Cumberland, Salem, Gloucester, and Camden Counties, as well as other states but were located in these four counties.

“Once again Deputy U.S. Marshals from the District of New Jersey, the New York/New Jersey Regional Fugitive Task Force, our state, county, local, and federal, partners combined efforts to locate and capture dangerous fugitives throughout the state of New Jersey all in an effort to maintain a safer community,” said U.S. Marshal Juan Mattos, Jr.

This year, the District of New Jersey and New York/New Jersey Regional Fugitive Task Force have conducted several successful area specific sweep initiatives which resulted in the location and arrest of hundreds of wanted fugitives throughout the state.

Vineland Police Chief Pedro Casiano stated, “Joint operations like this involving local, county, state, and federal agencies all focused on ridding our communities of persistent and violent offenders, not only reassures the law-abiding people of our communities that the police are working hard on their behalf, but sends a powerful message to those criminals in our midst, that we will find you and bring you to justice.”

Salem County Prosecutor Kristin J. Telsey added, “These arrests demonstrate the effectiveness of team effort between law enforcement agencies. I want to thank all of the partner agencies for these efforts, which reinforce our commitment to ensuring that those who have attempted to avoid our justice system will, in fact, be held accountable.”

ALL PROCEEDS WILL BENEFIT THE NATIONAL CENTER FOR END_OF_DOCUMENT_TOKEN_TO_BE_REPLACED