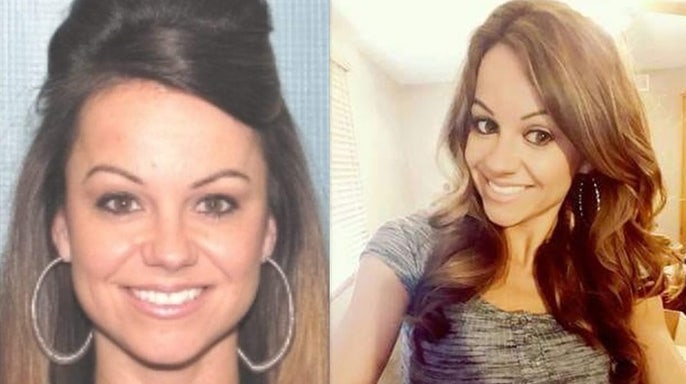 A woman looking for her lost dog instead made a grim discovery when she stumbled upon the remains of a young Ohio mother who had been missing since 2017, according to a local report.

The woman was searching for her dog in the woods of eastern Youngstown when she instead found the remains of Amy Hambrick wrapped in fabric, WBKN reported, citing a police announcement earlier this week. Youngstown is located about 65 miles southeast of Cleveland.

The Mahoning County Coroner’s Office was able to identify Hambrick’s body using dental records and her jawbone, Youngstown Police Department Chief of Detectives Capt. Jason Simon told the outlet. It was unclear how she died.

Simon said the investigation is active.

Hambrick was reported missing in November 2017 after she failed to show at a friend’s house despite plans to do so, WKBN.com reported. She was 29 and had a young daughter who was 10 at the time.

Hambrick’s mother, Debby Dolin, told the news station in 2018 that Amy and her daughter “were like two peas in a pod.”

“She misses her mommy so much,” Dolin told WKBN at the time.

Speaking on Tuesday, Chief Simon said investigators are unable to determine how long Hambrick had been dead or when her body was placed in the wooded area, WBKN reported.

Simon said police are seeking any information related to the case and will continue conducting tests on Hambrick’s remains, WKBN reported.

“Someone knows what happened,” Simon added.