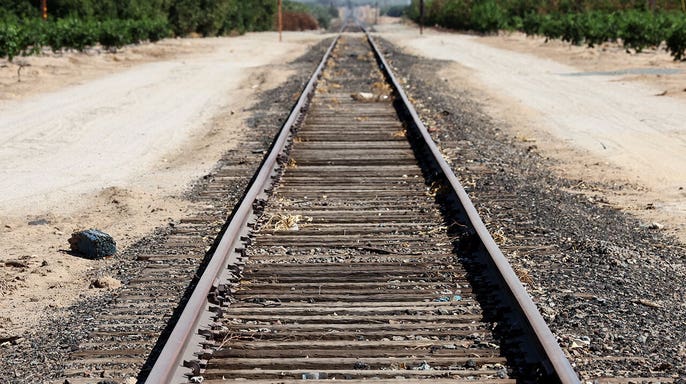 The suspect, a 20-year-old woman, was taken to a hospital with injuries

A police officer in Colorado has been placed on administrative leave following an incident in which a 20-year-old woman was seriously injured when a train hit a police vehicle that had been parked on tracks.

Police radio reviewed by local KUSA, indicated that someone had called 911 Friday night regarding a woman tailgating her and displaying a gun. Police officers in Fort Lupton and deputies from the Weld County Sheriff’s Office were looking for the suspect’s truck when an officer with the Platteville Police Department communicated that he found it and pulled over the vehicle.

What happened next has led to an investigation from the Colorado Bureau of Investigation, which told KUSA that the suspect had pulled over after crossing railroad tracks, and the officer stopped behind her, parking his police vehicle on the tracks themselves.

After Fort Lupton officers showed up and helped with the stop, the suspect wound up in the Platteville police vehicle on suspicion of felony menacing based on the 911 call. Cops searched her truck, and soon after, an officer stated via police radio that a train had hit the police car with the suspect in it.

Following the crash, the suspect was taken to a hospital with injuries that are reported to be serious.

“Doomsday Cult” dad Chad Daybell seeks to delay his trial and separate it from his wife Lori Vallow Daybell’s. The END_OF_DOCUMENT_TOKEN_TO_BE_REPLACED