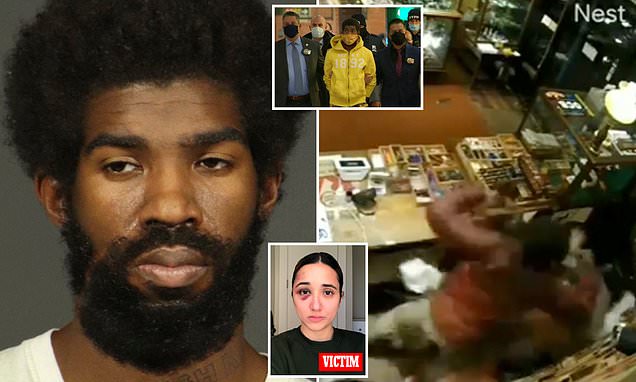 
Brooklyn District Attorney Eric Gonzalez announced today that an East Williamsburg man has been sentenced to 12 to 24 years in prison for a series of attacks on women in East Williamsburg, selecting his victims based on their gender and skin color.

District Attorney Gonzalez said, “Today’s lengthy prison sentence holds this predator accountable for his terrifying spree of violent attacks on women and sends a strong message that we will not tolerate hate crimes in Brooklyn. My office remains committed to seeking justice for all hate crime victims, and I thank these very strong women for their courage and cooperation.”

The District Attorney identified the defendant as Khari Covington, 31, who resided in an East Williamsburg transitional housing center. The defendant, who was deemed a mandatory violent persistent felony offender, was today sentenced by Brooklyn Supreme Court Justice Danny Chun to 12 to 24 years in prison. He pleaded guilty on September 7, 2022 to third-degree burglary as a hate crime, second-degree attempted strangulation as a hate crime and third-degree assault as a hate crime.

The District Attorney said that, according to the investigation, between August 5, 2020 and January 4, 2021, the defendant assaulted seven women, whom he targeted because they were women and light-skinned, according to his statements to investigators.

The incidents include the following:

‘Don’t Nobody TELL Me What to Do!’: ‘Grown Man’ Darrell Brooks Throws Another Tantrum

An inmate goes on a rampage when he suspects police officers lost his money. Officers have a tough time with END_OF_DOCUMENT_TOKEN_TO_BE_REPLACED

Andrew Tate and his brother, Tristan, are still being detained by Romanian authorities as they conduct their investigation into allegations END_OF_DOCUMENT_TOKEN_TO_BE_REPLACED

Prosecutors motioned the court to allow key testimony from witnesses who may have knowledge of Alex Murdaugh’s past crimes. The END_OF_DOCUMENT_TOKEN_TO_BE_REPLACED