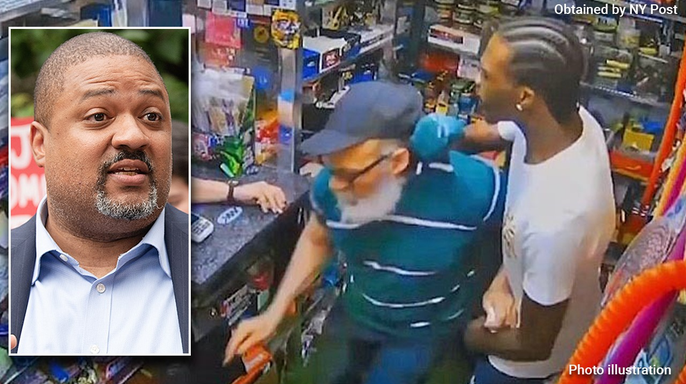 NYC bodega owner sends message to Biden as felony assaults soar: ‘Jump in our shoes for a day’

A bodega owner in New York City is speaking out after a shocking video reveals another assault of a store owner in the Big Apple as felony assaults continue to soar.

“I would tell President Biden, with all my respect, to jump in our shoes for one day and see how it feels to wake up in the morning, 6:00 in the morning, open your store and looking back and see who’s going to come and stab you or what’s going to happen next,” Bello told co-host Carley Shimkus.

Her message comes shortly after the NYPD released video from August 8 showing a shoplifting suspect sucker-punch a 69-year-old bodega worker after the employee attempted to halt the alleged theft.

The attack, all caught on video, happened midday in Long Island City.

Bello called for additional law enforcement to mitigate the trend, warning that some criminals threaten to come “back” since they know there is a lack of policing.

“We are trying to see how we get through this and we’re not getting the help,” Bello said. “As I always say, what happened to NYPD? We need the police to be at least two cars standing 24 hours because this is happening on a daily basis.”

According to the NYPD, felony assaults have soared more than 18% this year amid the surge in violent crime.

Overall crime has spiked more than 35%.

“I was brought up in New York,” Bello said. “I’ve been in New York all my life and I’ve never seen what I’m seeing now. It’s really unsafe.”

Anne Schwartz, the reporter who first broke the Jeffrey Dahmer story and author of “Monster: The True Story of the END_OF_DOCUMENT_TOKEN_TO_BE_REPLACED