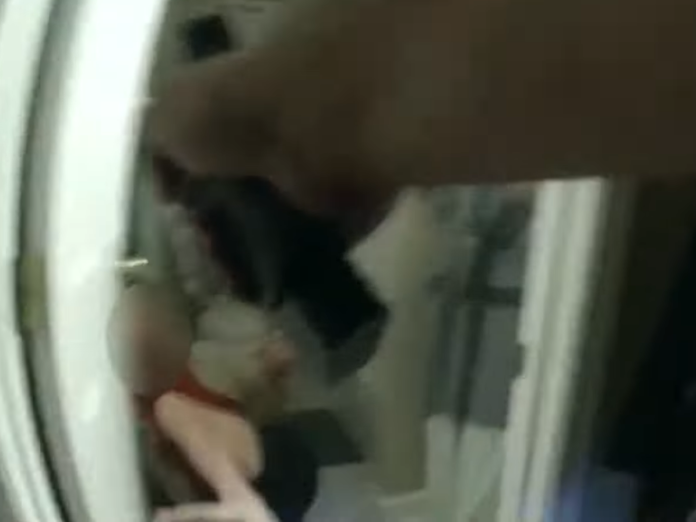 ‘Now My Husband Is Threatening To Kill Me’: Sacramento Police Fatally Shoot 75-Year-Old Man Who Was Assaulting Wife


Below is a summary of the incident provided by SPD:

SACRAMENTO, Calif. – On July 2, 2022, shortly before 12:15 a.m., Sacramento Police Department patrol officers responded to a residence in the 5600 block of Gilgunn Way for a report of an individual threatening to kill his wife. Information given to dispatchers indicated the man was armed with a knife, and his wife had locked herself inside a bathroom in the home.

When officers arrived on the scene, they encountered the 75-year-old suspect, identified as Michael Moore, who was armed with two knives. Officers talked to him for more than 10 minutes, asking him over and over to drop the knives in an effort to de-escalate the situation. He refused to drop the knives throughout this encounter. He then forced his way into the bathroom and assaulted his wife. She was heard screaming as officers entered the residence. Officers confronted the suspect as he was assaulting his wife and one officer shot him with his duty weapon.

Officers rendered medical aid to the suspect until the Sacramento Fire Department arrived on scene and transported him to an area hospital, where he was pronounced deceased. The victim was not seriously injured, and no officers were injured during this incident.

This incident is being investigated by the Sacramento Police Department’s Homicide Unit, Internal Affairs Division, and Professional Standards Unit. An investigation into the incident will also be conducted by the Force Investigation Team. The investigation will focus on policy, tactics, and training as it relates to the use of force. The Office of Public Safety Accountability and the Sacramento County District Attorney’s Office are providing oversight by monitoring the investigation.

The Sacramento Police Department encourages any witnesses with information regarding this incident to contact the dispatch center at (916) 264-5471 or Sacramento Valley Crime Stoppers at (916) 443-HELP (4357). Callers can remain anonymous and may be eligible for a reward up to $1,000. Anonymous tips can also be submitted using the free “P3 Tips” smartphone app.

California police are searching for 16-year-old Kiely Rodni after she disappeared after a large party over the weekend. Plus, a END_OF_DOCUMENT_TOKEN_TO_BE_REPLACED