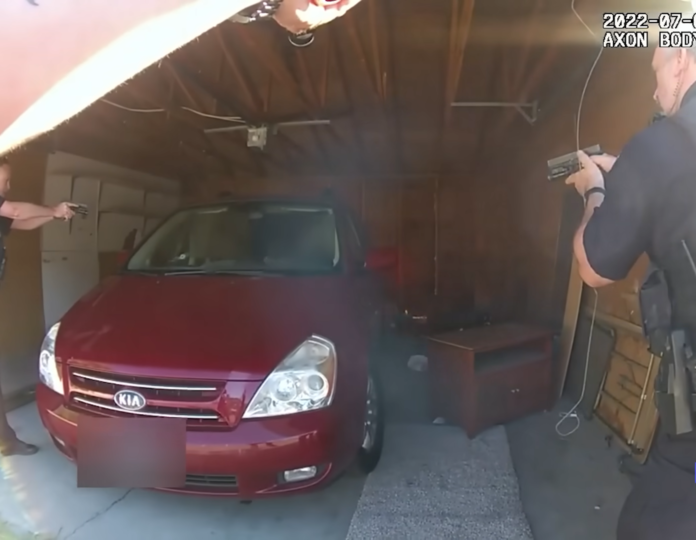 
Fargo, North Dakota — The Fargo Police Department released dashcam and body camera footage from the fatal officer-involved shooting that occurred on Friday, July 8, 2022, which resulted in the death of 28-year-old Shane Netterville. Attorney General Drew Wrigley, announced that the use of force was reasonable and justified under the circumstances in this case. Criminal charges will not be filed as the investigation found that Officer Adam O’Brien’s action were justified by law.

At 8:13 a.m. on July 8, the FPD responded to a call for a possible man down in the 3400 block of 15th Avenue South. The caller stated multiple individuals were slumped over inside a vehicle located in a garage, and that the vehicle had a bullet hole in the windshield. When FPD officers arrived on scene, they located three individuals inside a red 2008 Kia Sedona van with a bullet hold in the windshield. This van was later determined to have been reported as stolen on Tuesday, July 5.

As FPD officers carefully approached the van inside the garage, they gave several clear, verbal commands to Netterville and the two other occupants to keep their hands raised and visible. Netterville, the van’s driver, ignored many of these verbal commands and moved his hands up and down, several times out of view, and started and turned off the vehicle at least two times.

After this, and with the vehicle remaining on, Netterville ignored additional officer commands and quickly accelerated and attempted to flee the scene. Officer O’Brien discharged his firearm once toward the van, striking Netterville. Netterville was transported via ambulance to a local healthcare facility where he later died.

WATCH: Scare In The Air Is Caught On Camera Near Orlando

“Doomsday Cult” dad Chad Daybell seeks to delay his trial and separate it from his wife Lori Vallow Daybell’s. The END_OF_DOCUMENT_TOKEN_TO_BE_REPLACED