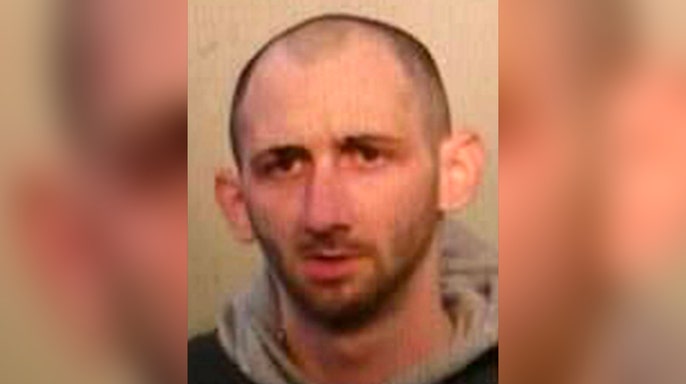 Robert Compton died after allegedly trying to hold up two New York men with what turned out to be a B.B. gun

The New York City man, who died after trying to rob two other men with a fake gun, served time in a facility for parole violators with a history of substance abuse for a previous attempted robbery, state records show.

Robert Compton, 33, allegedly accosted two Staten Island men early Sunday morning on their way home from a bar, brandished what looked like a handgun at them and demanded cash, according to sources with knowledge of the investigation. Meanwhile, authorities have not publicly ruled out charges against his victims, who maintain that Compton died in the course of self-defense.

“Give me all of your f—ing s—,” he allegedly demanded in a confrontation at Pacific Avenue and St. Albans Place.

The victims fought back, one of them wrestling the gun away as the other called 911.

Police arrived and found the Compton and one of the victims on the ground, the sources said. The other victim told police that they were victims of an attempted gunpoint robbery. Investigators later recovered a B.B. gun, which they described as “an imitation firearm.”

“Our clients, two hardworking young men, were the victims of a terrifying armed robbery by a career criminal,” said Louis Gelormino, an attorney for the victims. “They clearly acted in self-defense.”

Shortly before the attack, surveillance video showed Compton stalking the two men down a sidewalk, sources said, but the attack itself was not caught on camera.

By the time officers arrived, the NYPD says Compton was “unconscious and unresponsive.” He was rushed to Staten Island University North Hospital and pronounced deceased. Both of the victims were also hospitalized – one with a broken hand and foot, sources said.

While no charges have been filed, Richmond County District Attorney Michael McMahon’s office has not answered questions from Fox News Digital about whether the men are in the clear. The uncertainty has prompted calls for a review of New York’s “duty to retreat” self-defense law.

“We are grateful that the District Attorney’s Office and the NYPD conducted a complete and thorough investigation of this matter,” Gelormino said. “Our prayers go out to the family of the deceased.”

State records show Compton spent three and a half years behind bars in New York, including at the medium-security Gouverneur Correctional Facility and the maximum-security Wende Correctional Facility. Addionally, he spent just over a month at the Edgecombe Residential Treatment Facility, a minimum-security prison for substance abuse patients who have previously violated parole. Edgecombe also provides treatment for inmates with mental health issues.

Compton was out on parole ahead of the weekend attack but had been discharged from community supervision in June 2021.

He also had pending drug-related and car theft charges in Staten Island court and another rap sheet in Florida – where he was accused of a slew of offenses including domestic battery and burglary.

Related Topics:crimeFeaturedNew York
Up Next