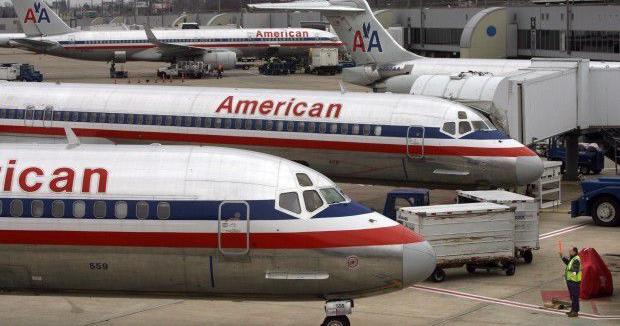 New York Man Sentenced In 2020 Case That Caused Airplane To Be Diverted To St. Louis


ST. LOUIS – U.S. District Judge John A. Ross on Tuesday sentenced a New York man to 40 days in jail for causing a Las Vegas-bound American Airlines flight to be diverted to St. Louis in 2020 and ordered him to pay $8,000 to the airline.

James Patrick Maloney Jr., 37, of Honeoye, in upstate New York, pleaded guilty in April to one felony count of interference with crew members by assault.

The incident on the Sept. 12, 2020 flight from Charlotte to Las Vegas began when a flight attendant spotted Maloney with his mask off, drinking a beer he had not purchased on the plane. Maloney admitted in his plea that he responded to the attendant’s request to put on his mask with expletives and racial epithets. When the flight crew handed the defendant a final written warning, he told them that he would crumple up their warning and throw it their face.

The plane was then diverted to St. Louis, where Maloney was arrested. Maloney yelled and cursed at airport police when they put him in to their car in handcuffs to take him to the station, Maloney’s plea says.

In addition to the jail time, Judge Ross banned Maloney from using alcohol, ordered him to perform 100 hours of community service and ordered him to undergo substance abuse testing and treatment and mental health counseling.

The $8,000 in restitution represents some of the costs and fees the airline incurred due to the delay caused by Maloney’s behavior.

In court Tuesday, Judge Ross called Maloney’s behavior “outrageous” and said passengers could not have known whether his conduct would escalate to endanger their lives. “The terror that people had to feel – it’s inexcusable,” he said.

The case was investigated by the St. Louis Lambert Airport Police Department and the FBI. Assistant U.S. Attorney Colleen Lang prosecuted the case.

California police are searching for 16-year-old Kiely Rodni after she disappeared after a large party over the weekend. Plus, a END_OF_DOCUMENT_TOKEN_TO_BE_REPLACED