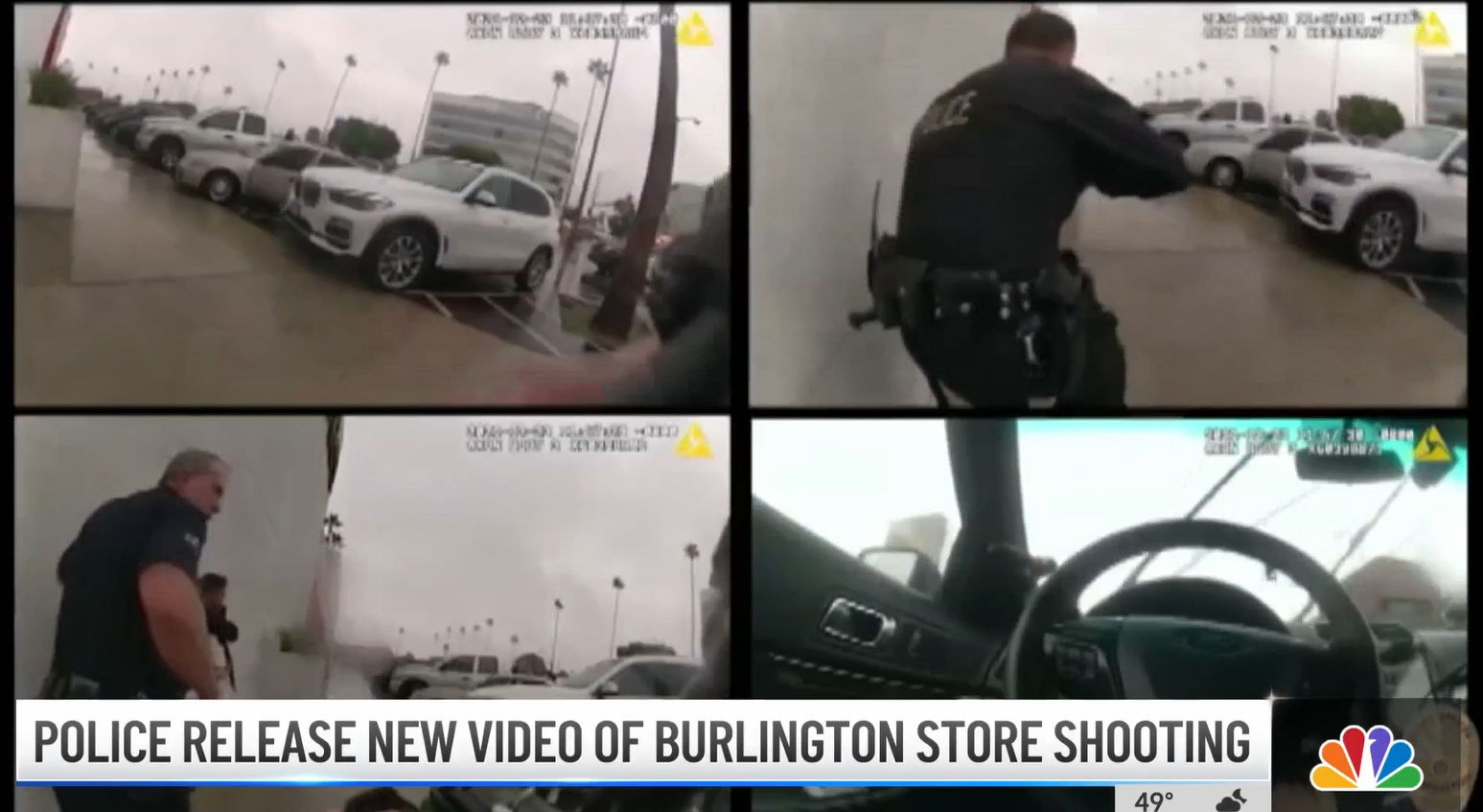 Activists were asking if there was a way for officers to de-escalate without opening fire, while the LAPD released shocking video that showed the suspect beating a woman before officers shot him.

“We at the LAPD would like to express our most heartfelt condolences and profound regret for this innocent victim, Valentina Orianna Peralta,” the LAPD said in the newly released video. “There are no words to describe the depth of the sorrow we feel for this tragic outcome.”

LAPD police chief Michel Moore expedited the release of the footage, saying he wants the public to get a full accounting of what happened.

Community activists have been anxiously awaiting the footage, demanding answers about whether the officer followed proper protocol. The concern was echoed by others who showed up to place flowers at a memorial outside the store.

Alex Murdaugh apparently met with his lawyer, law partners, and relatives for a meeting three days after the murders of END_OF_DOCUMENT_TOKEN_TO_BE_REPLACED