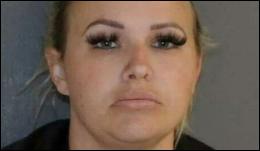 HENDERSON, Texas (KTRE) – An East Texas businesswoman was arrested by undercover agents after the sheriff’s office got a tip that she was seeking to have someone killed.

Cheryl Thibodeaux, 42, of Henderson was a successful business woman in the home construction industry, but information came to Rusk County Sheriff Johnwayne Valdez that she was seeking a different kind of business.

“It became clear to us that this was going to be solicitation to commit capital murder,” Valdez said.

The sheriff says investigators got wind of what was going on when Thibodeaux allegedly went “fishing,” meaning she went looking for somebody to do the job.

“We received information that this individual was attempting to find someone to do harm to a family member. Before she could actually find someone who could do it, that’s when we jumped in there. She made an agreement to meet.”

Not knowing that she was meeting with an undercover agent, Thibodeaux was arrested Monday afternoon when investigators say she provided money as compensation for the murder solicitation.

“At that time we had enough probable cause and a warrant for her arrest,” the sheriff says.

Thibodeaux is charged with criminal solicitation for capital murder, a felony of the 1st degree.

The question now is what her motive may have been.

“There’s nothing random about cases like this. That motive was there. Once that motive is established, then it’s easier for us to back track and find the evident that we’re actually looking for. Somebody out there knows a little bit more about this,” said Valdez.


Harris County police are investigating a shooting at a Houston apartment complex that left two teens dead and another injured.