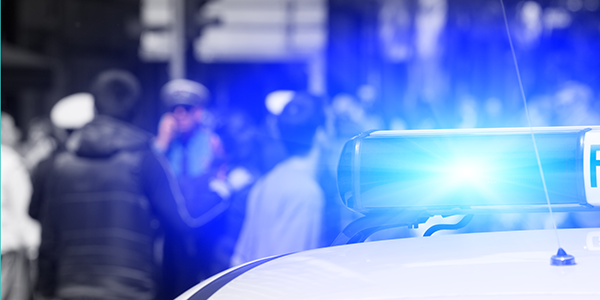 Mother, Son Attacked By Hatchet-Wielding Woman While Walking In Seattle


SEATTLE – Police arrested a woman after she attacked a man and his mother with a hatchet while they walked through the First Hill neighborhood Saturday night.

Two people called 911 at 9 pm Saturday to report a woman had just attacked them with a hatchet in the 800 block of James Street.

They told officers that they were walking down the street when the man found a dollar bill on the ground. He said that he picked it up and continued walking. They both said a woman started yelling at them and began swinging a hatchet at them. The suspect then struck the man and woman with the hatchet. The man then struck the suspect in the head with his skateboard allowing the two victims to escape.

Additional officers found the suspect not far from where the victims stated the assault occurred. They took the suspect into custody without further incident. The suspect required medical attention for a wound on her head but officers will book her into King County Jail for assault when she is released from the hospital.

The suspect was not identified by police and there is no known motive for the attack.

Defrocked Priest Charged in U.S. for Illicit Sexual Contact with Minors in East Timor, Where He Already Faces Prosecution

On this episode of “Prime Crime with Jesse Weber,” he takes us through the bizarre case of Anthony Todt, a END_OF_DOCUMENT_TOKEN_TO_BE_REPLACED

Andrew Tate and his brother, Tristan, were arrested in Romania a month ago for allegations of human trafficking and organized END_OF_DOCUMENT_TOKEN_TO_BE_REPLACED