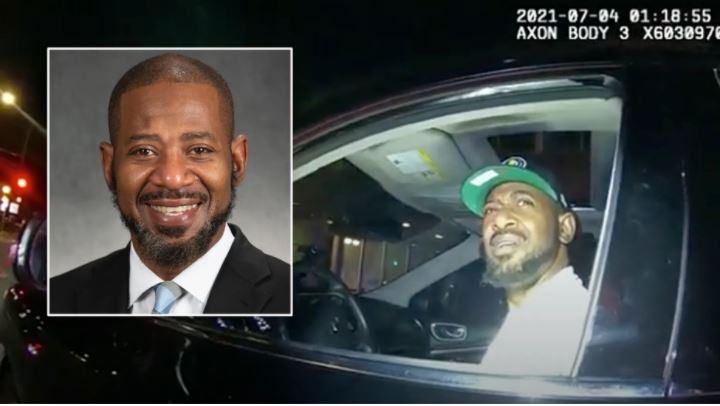 On July 4, St. Paul police pulled Thompson over for not having a front license plate on his car. He presented a Wisconsin driver’s license. He was cited for driving on a suspended license due to unpaid child support. A few days later, Thompson discussed the stop publicly in a speech, in which he claimed to have been racially profiled.

The incident provoked widespread discussion and criticism after the St. Paul Pioneer Press published details of Thompson’s ticket, including the fact that he had Wisconsin identification despite serving as a state representative in Minnesota. The Minnesota Constitution requires lawmakers to live within their districts.

During the stop, Thompson told the police officer that he is a legislator and he later accused the officer of stopping him because he is black, according to body camera footage released Tuesday by the St. Paul Police Department. The officer questioned why he had a Wisconsin ID card and denied making the stop for anything other than a moving violation.

Body Cam footage has been released

Nearly three weeks after the Idaho student murders shocked the college town of Moscow, investigators have backtracked on some of END_OF_DOCUMENT_TOKEN_TO_BE_REPLACED