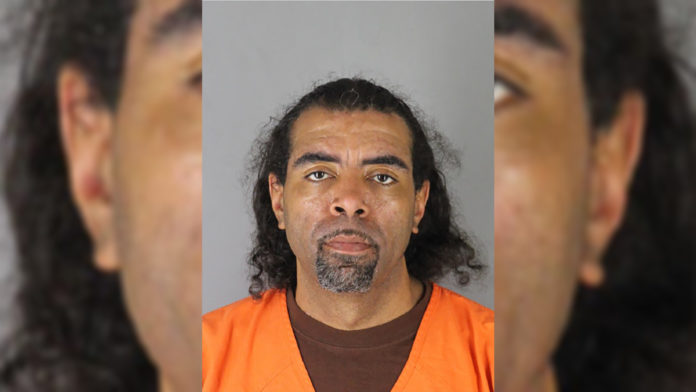 
A Minneapolis man has been charged for fatally shooting a female victim and leaving her body in an alley in Minneapolis, the Hennepin County Attorney’s Office announced Monday.

Emmett Nelson, 47, was charged with one count of second-degree murder for shooting and killing the female victim. He is scheduled to make his first court appearance Aug. 24 at 1:30 p.m.

According to the criminal complaint, on Aug. 11, police responded to a report from two garbage haulers who found the dead body in an alley near 3639 Knox Ave. N in Minneapolis.

There were two bullet holes on the female victim’s body: One on the forehead just over the right eye, and the other over the victim’s right ear, the complaint states. Officers also located a spent bullet and a discharged cartridge casing near the scene.

On Aug. 16, a witness, “Witness A,” went to the Hennepin County Medical Center for a sexual assault examination. There, she told medical staff that Nelson had sexually assaulted her on Aug. 12, who she had just met through another witness, “Witness B,” the complaint continues.

Witness A stated that Nelson picked her and Witness B up in a maroon or orange Mustang with a white hood, the complaint says. While she was in Nelson’s home, Witness A noticed brown spots on his carpet, which Nelson made obvious efforts to clean up, she said. He even asked Witness A to help clean up the spots.

Witness B told Witness A that those were blood spots, and that Nelson had admitted that the spots came from him taking off his bloody shirt after he shot and killed the female victim, and left her body in an alley. Witness B later confirmed Witness A’s reports to police, according to the complaint.

Witness B told police that Nelson said he was “about to get into it with some guys from the lows” when he encountered the victim and shot her. Nelson told Witness B that he got scared and threw the victim’s body into his car, drove around for 15 minutes, stopped in an alley, turned his lights off, threw the victim’s body out of the car, and shot her a second time to make sure she was dead, the complaint continues.

Surveillance video captured Nelson’s maroon Mustang in the area between 2 a.m. and 3 a.m. on Aug. 11. The video appears to show the victim chasing Nelson’s Mustang, when later, Nelson is seen driving northbound through the alley, the complaint states. That’s when Nelson turned his lights off and stopped in the alley for a period of time, leaving around 4:23 a.m. The victim’s body was recovered two-and-a-half hours later.

Nelson admitted to police that he drove a maroon Mustang with a white hood, but claimed he was at home at the time of the murder, and suggested that his girlfriend may have had his car during that time, according to the complaint.

During a search of Nelson’s home, police located a Bissell carpet vacuum and a bottle of bleach, indicating his attempt to clean up the blood. Spots of blood-like substance were also found on the carpet and on clothing in Nelson’s hamper. DNA testing is currently underway.

Cities Start To Refund The Police