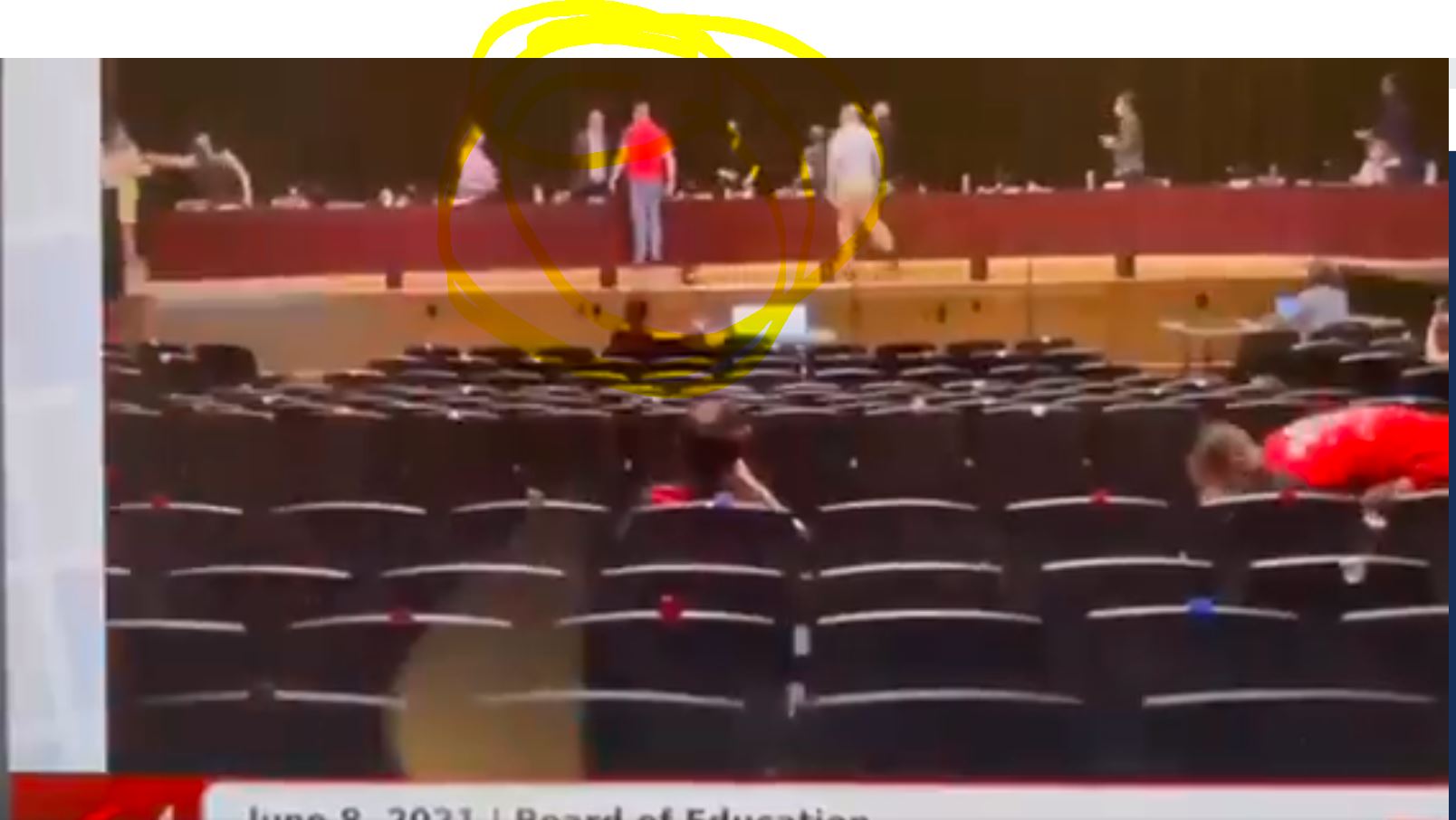 Mayhem at School Board meeting… Parent jumps on stage…

A school board member from Penfield, NY named William Yaeger called a parent an “asshole” following public comments from citizens who pushed back against mask policy and “diversity, equity, and inclusion” curriculum.

Video shows parent Rich Tyson, who has a daughter in the district, jump on stage and confront Yaeger after he told him, “You’re not gonna stand up here and do anything to me, asshole.” Yaeger had to be physically restrained by others on the board and the meeting was halted.

“He (Yaeger) started kind of motioning for me to come toward the stage, which I did start walking, then he dropped an F-bomb on me,” Tyson told WROC. “That’s when I walked and jumped up on the stage, not to be physically confrontational, but I wanted to address it with him face to face. By the time I got there he had become essentially unhinged