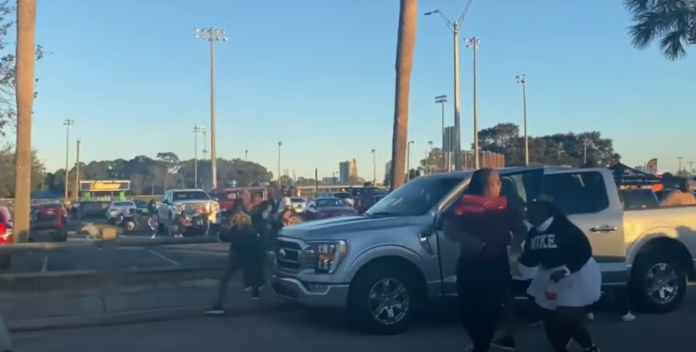 
FORT PIERCE, Fla. — The St. Lucie County Sheriff’s Office has confirmed that at least 8 people were shot during an MLK Jr. Day event in Fort Pierce, Florida on Monday.

One person is in critical condition and others were injured during the chaos after shots were fired, including a child.

The shooting occurred at Ilous Ellis Park during the MLK Car Show & Family Fun Day, and more than 1,000 people were in attendance, local media reported.

The shooting reportedly started from a disagreement and no arrests have been made yet.

An inmate goes on a rampage when he suspects police officers lost his money. Officers have a tough time with END_OF_DOCUMENT_TOKEN_TO_BE_REPLACED

Andrew Tate and his brother, Tristan, are still being detained by Romanian authorities as they conduct their investigation into allegations END_OF_DOCUMENT_TOKEN_TO_BE_REPLACED

Prosecutors motioned the court to allow key testimony from witnesses who may have knowledge of Alex Murdaugh’s past crimes. The END_OF_DOCUMENT_TOKEN_TO_BE_REPLACED