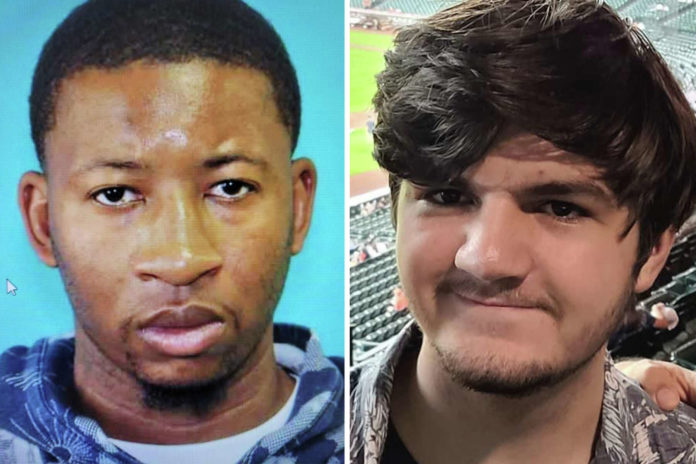 
A Houston man who fatally shot a teenager during a road-rage incident after an Astros game in 2021 has been sentenced to 30 years in prison, Harris County District Attorney Kim Ogg announced Tuesday.

“The victim in this case was set to be a National Merit Scholarship finalist and had a bright future ahead of him,” Ogg said. “Gun crime in Harris County is out of control, and no one should have to die because of an argument in traffic.”

Gerald W. Williams, 35, pleaded guilty to murder and was sentenced Monday to 30 years in prison. Williams fatally shot 17-year-old David Castro as he was leaving a baseball game with his family on July 6, 2021.

The plea, which was approved by Castro’s family, means family members will not have to testify in a murder trial.

“It’s been 18 months and two weeks,” Paul Castro, the victim’s father, said outside the courtroom after the plea. “This is the first time I’ve felt a little bit of peace.”

“The family is fully behind the plea agreement that happened today,” Castro said. “We’re thankful that it happened to be able to avoid having to come up and relive the whole thing all over again. We definitely did not want to have to bring my other son to possibly come to the witness stand.”

Harvey, the prosecutor, said the victim’s family did not want to relive the incident and that this agreement is a just result.

“This incident could have happened to anybody—it was a shooting over nothing,” Harvey said. “What should have been a fun day at the ball park is now this family’s nightmare.”

Alex Murdaugh apparently met with his lawyer, law partners, and relatives for a meeting three days after the murders of END_OF_DOCUMENT_TOKEN_TO_BE_REPLACED