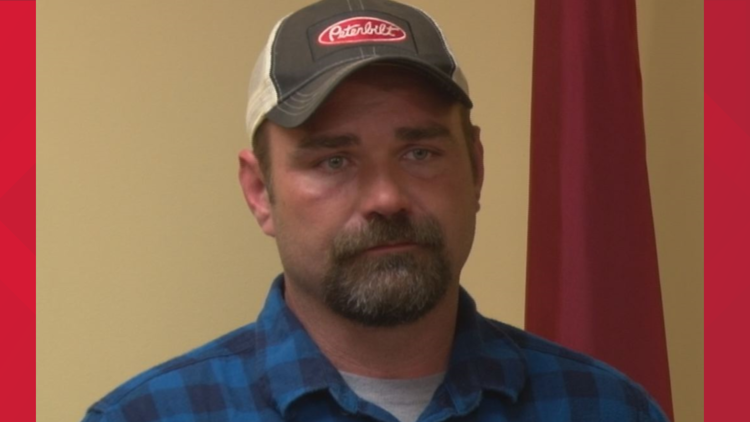 Man sentenced to nearly 3 decades in prison for raping teen

Randall Lee Pruitt pleaded guilty to raping a 14-year-old in 2018 and 2019. She fled the state after meeting a Wisconsin man online.

MONROE COUNTY, Tenn. — A Morgan County man will spend close to three decades in prison after pleading guilty to raping an underage girl in late 2018 and early 2019.

The victim, now 16, appeared in court for Randall Pruitt’s sentencing hearing Friday to talk about what his crimes had done to her.

Pruitt, 44, pleaded guilty to three counts of rape in June.

Judge Andrew Freiberg called it one of the most horrifying cases he has seen in his 17 years as a judge. He delivered the sentencing statement as he fought back tears, speaking to the victim and calling her “brave, strong and courageous.”

“I’m very sorry, for what it’s worth,” he said. “I cannot imagine what you’ve gone through.”

The victim was 14 years old at the time of crimes. Freiberg sentenced Pruitt in Monroe County Circuit Court to serve an effective 28.5 years prison.

Near Christmas 2018, the girl began communicating with a Wisconsin man online about what Pruitt was doing to her, authorities and court records state. She told Bryan Rogers that Pruitt had been raping her in Monroe County.

Rogers told the girl to record an assault on a smartphone as evidence. The girl complied.

Rogers then drove to Monroe County, picked up the girl and they returned to his Madison, Wis., home. She hid in the house. They had sex.

The girl was reported Jan. 14, 2019, setting off a state and national investigation.

On Jan. 31, 2019, FBI agents confronted Rogers at his home. He denied the girl was with him, but agents found her hiding in a closet, records show.

Authorities said the truth of what the girl had been suffering came more fully to light, and Pruitt was charged with rape.

Rogers later pleaded guilty to transporting the teen across state lines and having sex with her. He’s serving a little more than 11 years in federal prison.

In July 2019, Christina Pruitt, Pruitt’s wife, pleaded guilty to evidence tampering. She got a four-year term on supervised probation.

Murder suspect caught after returning to scene for cellphone


Harris County police are investigating a shooting at a Houston apartment complex that left two teens dead and another injured.