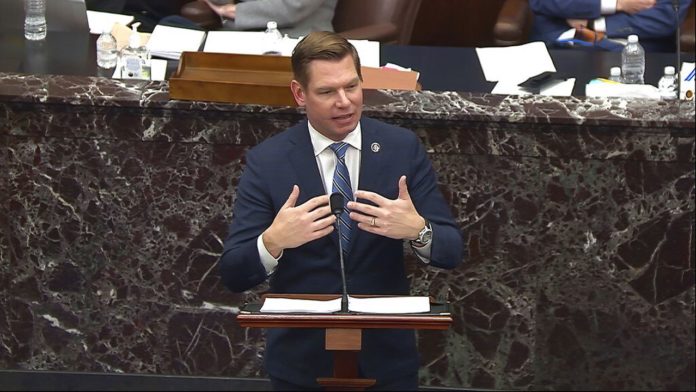 U.S. Attorney Damian Williams said: “Joshua Hall made terrifying threats to the staff of a United States Congressman whom he disliked rather than attempting to effect change through any of the freedoms of expression that all Americans enjoy. These threats of violence endanger our public officials and thwart common decency, which is why this Office will continue to prosecute crimes like those committed by Joshua Hall.”

According to the Information:

On or about August 29, 2022, Hall placed a series of telephone calls from in or around Yonkers, New York, to the California office of California Democratic Rep. Eric Swalwell. During those telephone calls, Hall conveyed threats to kill Swalwell to at least three different members of the Congressman’s staff.

Dog Found Running Down Street With Human Head In Its Mouth

A suspect was killed after being involved in two back-to-back shootouts with Arizona police on January 6 and 7. Authorities END_OF_DOCUMENT_TOKEN_TO_BE_REPLACED

A federal judge allowed a wrongful death lawsuit against Kyle Rittenhouse to proceed. Rittenhouse was found not guilty of shooting END_OF_DOCUMENT_TOKEN_TO_BE_REPLACED