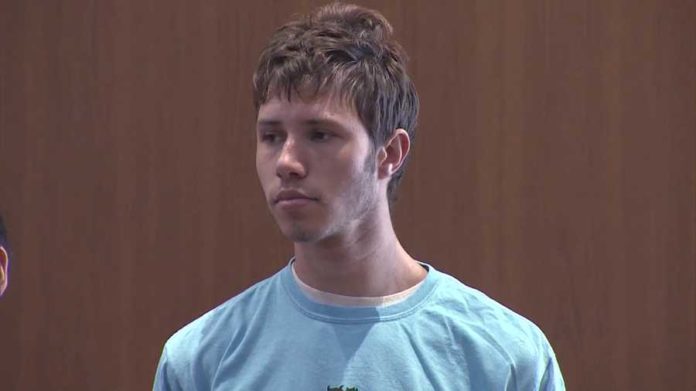 
LOWELL, Mass. – Orion Krause, 26 of Rockport, Maine pleaded guilty last week in Lowell Superior Court to four charges of second-degree murder in connection with the murder of his grandparents, Elizabeth Lackey, 85, and Frank Lackey, 89; his mother Elizabeth Krause, 60, of Rockport, Maine; and Bertha Mae Parker, 68, of Tewksbury, a home health care worker who was caring for his grandparents at their Common Street residence.

“The resolution of this case today in no way can erase the incalculable loss felt by the family and friends of these victims. Following the 2017 murder, the entire Groton community mourned the loss of Elizabeth and Frank Lackey, Elizabeth Krause and Bertha Mae Parker. We continue to have them in our thoughts today as this case comes to a close. ” said Middlesex District Attorney Marian Ryan.

“While this conviction doesn’t change the horrific events that occurred on September 8, 2017, we hope th at this verdict today provides the family some peace” said Chief Michael Luth.

On September 8, 2017, at approximately 5:52 p.m., Groton Police responded to a report of a person in need of assistance on Common Street. Upon arrival, investigators gathered information which led them to a second residence also on Common Street where they located the four victims. The subsequent investigation revealed that Orion Krause had traveled from Rockport, Maine to the Boston area on Thursday, September 7. On Friday, September 8, his mother met him and they traveled together to visit his grandparents at their Common Street home in Groton. At some point following his arrival at the home the defendant fatally attacked his family members and his grandparent’s health aid using a baseball bat.

Orion Krause then fled the home and was located by police at a neighbor’s home nearby where he was arrested. He was naked and had smeared mud on himself.

“Orion started to sing quietly,” a police officer wrote in the report. “Orion then said, ‘I freed them.’”

Kause called the murders “an insane thing,” and told family members in court Wednesday, “I pray we will be able to process it in the future — hopefully together.”

The prosecutors assigned to this case were Assistant District Attorneys Thomas Brant and Daniel Harren.


An investigation is underway after an 11 year old was fatally shot Sunday afternoon in Dallas.